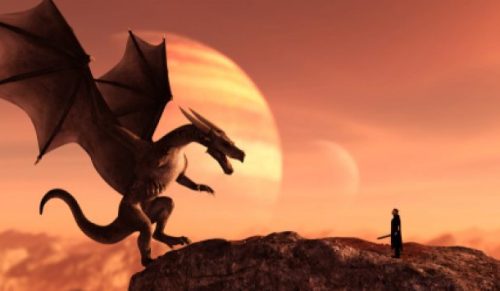 The history of dragons is woven throughout both human mythology and popular culture. More often than not, the character of a dragon is dependent upon the culture from which they derived from. In old European mythology, dragons were seen to be pure evil—pillaging and destroying cities in their wake as a means of destroying civilization and acquiring bounties of gold and silver. In Asian mythology, the temperament of a dragon depended more on its use in storytelling. They could be either evil or benevolent creatures out to help people.

In modern times, the origins of dragons found in popular culture can be difficult to discern, but there are some stereotypical qualities you can expect to find: They are massive creatures, often featuring long wings, the ability to breathe fire and some sense of awareness—either presented as superior intelligence or a keen awareness for empathy.

Coinciding with the special release of our World of Dragons coin series, we have crafted a list of eight famous dragons found in popular culture, considering just what makes them both unique and historical characters.

Known as both the “Eternal Dragon” and “Dragon God,” Shenron is one of the most recognizable dragons in pop culture due to Dragon Ball’s long-standing influence on the anime community. With his red eyes, green scaly skin and serpentine body, Shenron is a wise, albeit temperamental and aggressive, dragon that is summoned when all seven Earthly dragon balls are collected. Upon being summoned from his fiery dwelling within the center of the Earth, Shenron will grant a wish to his summoner, which often involves reviving a deceased character from the series, although no wish is off limits.

Appearance: Game of Thrones (GoT)

This medieval fantasy epic turned HBO ultra-hit has three dragons to its cast, but it’s Drogon—Daenerys Targaryen’s (Emilia Clarke) dragon—that stands out the most. Named after her late husband, Drogo (Jason Momoa), Daenerys’s dragon has turned out to be a fan favorite, flying her around the world of Westeros and beyond, while also acting as her personal protector. No fan of GoT is going to forget the moment when Drogon first learned the High Valyrian word “dracarys” and realized just what happened whenever Daenerys uttered it.

The last “great” dragon of Middle Earth, Smaug is a dragon stereotypical of European mythology. Living within the dwellings of his own mountain, laid upon a bed of gold coins plundered from the Dwarves of the Lonely Mountain, Smaug is a vengeful dragon meant to be feared. This is exhibited when he is awoken from hibernation by the traveling Dwarves and Bilbo Baggins, quickly becoming furious over having his valued Arkenstone treasure stolen. Smaug flies down from the mountain and leaves a trail of havoc in his wreck, destroying the towns along Long Lake before he is finally slain by a bard.

While Angelina Jolie’s recent live-action portrayal of Maleficent might have been haunting, her character cannot compare to that of the original Disney feature. An evil fairy, and self-proclaimed “Mistress of All Evil,” Maleficent is a horrid protagonist that curses the infant Princess Aurora. However, even as awful as that act is, it is the dragon she transforms into at the end of the 1959 animated feature that portrays the true darkness and wickedness lingering within her soul. We can only be so thankful that Prince Phillip slayed her with his enchanted Sword of Truth.

A small purple-and-yellow dragon who has the ability to fly, breathe fire and ram enemies with his horns, Spyro is a quintessential character of the age of platforming video games. On a mission to save his fellow dragons from the captivity of Gnasty Gnorc, a half-gnome, half-orc being, Spyro travels through several different worlds, searching for his friends and recovering stolen treasure along the way. Since his emergence in 1998, the Spyro franchise has continued to produce games, while Spyro has been featured as a cameo in many other titles.

This Eddie Murphy-voiced dragon was one of the most notable characters in this film, but not for the stereotypical reasons one might expect. Mushu’s traits stand out for how different he is from the traditional dragon character. He’s small of stature; he lacks the ability to fly; he’s cowardly in combat; and he can’t breathe fire. Yet for all these “negative” dragon qualities, it’s his impulsive and hilarious traits that made audiences fall in love with him.

Cute, optimistic, dignified, tender-hearted and eternally-wise, Falkor the Luckdragon is a companion of the main protagonist, Atreyu. Within this fantasy story, Atreyu uses Falkor as both a guide and a means of transportation, riding along his back to achieve easeless flight while also utilizing his endless knowledge to find a cure for the ailing Empress. His elongated body, white coat and compassionate face give him the features of both an oriental dragon and a Great Pyrenees. Suffice it to say, he’s the type of dragon you’d like to partner up with, especially for how cozy he must be. 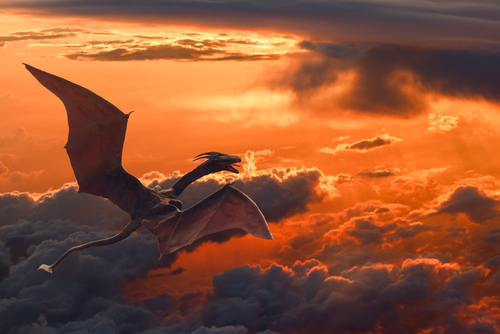 Appearance: How to Train Your Dragon

In a film world where people despise dragons, one wouldn’t expect a dragon character’s story arc to end well; however, How to Train Your Dragon utilizes the backlash against dragons to illuminate the bonds made when treating them with sympathy. After shooting down Toothless during a dragon raid, the series protagonist, Hiccup Horrendous Haddock III, decides to harbor the wounded dragon, training him in secret. Over time, the two form an unbreakable bond, enriching the lives of one another while showing just how great Toothless is. Also, a character as a cute as Toothless—with his wide smile and emotive eyes—won over audiences all over.

As history has shown, dragons have always made for popular mythological characters, so it should come as no surprise that we can still find them throughout popular culture and media today. Which brings us to…. our February giveaway! 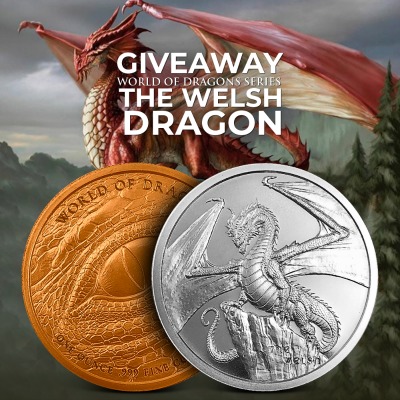 Which of these 8 dragons is your favorite? Is there one that was left off the list that you particularly like? Let us know in the comments! We’ll randomly choose one comment on March 31st to win a FREE 1 oz The Welsh silver round and a 1 oz The Welsh copper round from our exclusive World of Dragons series!

*Duplicate or inappropriate comments will be deleted and disqualified.