It surely isn’t news by now for most investors, but COVID-19 has roiled stock markets around the globe and erased trillions in wealth in the span of a week. As markets tumbled, investors turned to the relative safety of gold and silver precious metals. As the price of metals dipped over the past week, demand skyrocketed and pressured supplies across the country. On March 16th, the US Mint announced that its available stores of 2020 American Eagle Silver Coins sold out entirely. 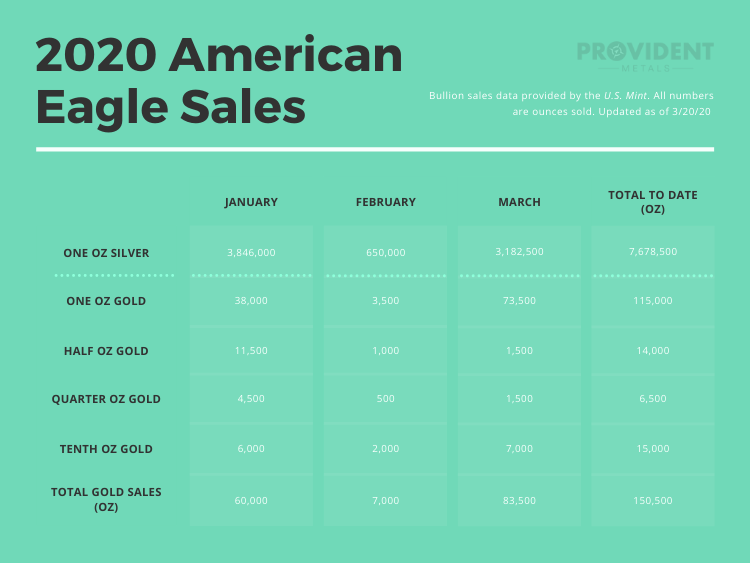 Keep Up with Provident Metals for More Information

Provident Metals is working hard to ensure we keep accurate track of what is in-stock at any given moment as the rush to silver and gold continues. We are doing our best to make sure that any product you see on our site listed as “in-stock” has available items for you to purchase. If you have any questions about available silver, please feel free to contact us. Our customer service team is available on the phone at 800-313-3315, on the web using our live chat, and via our email address.