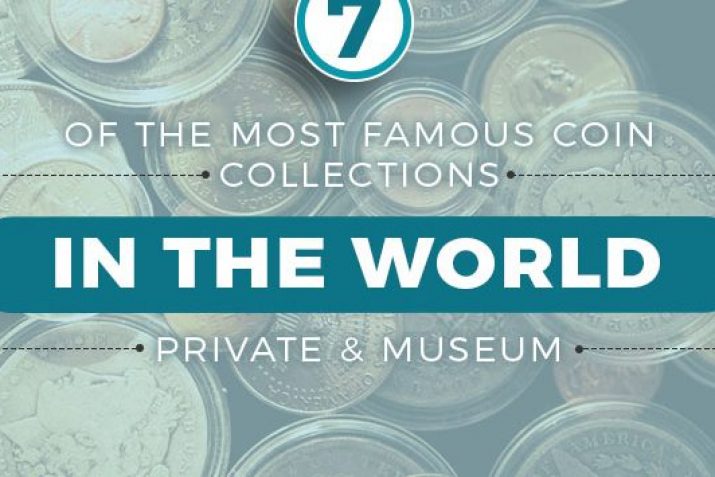 Numismatics, the study and collection of historical coins and currency items, has been a field of notable interest, whether popular or not, since the inception of coins and other forms of human currency began to be traded. Among the numismatics community, there are a number of collectors who revel in sharing, buying, and trading rare and notable coins, from hobbyists to professionals. Among coin collectors, conventions—both regional and national—tend to garner a great deal of attention as they allow for collectors to congregate and discuss the finer details about coins while inspecting exhibits and learning more about the trade in a first-hand way.

These exhibits, displays, and talks offer invaluable information to coin collectors, as they allow people to easily interact with other coin enthusiasts from around the world, along with learning more about the exquisite background to how many different coins were produced and traded and made their way to modern times.

To continue these explorations, coin collectors can just as readily experience beautiful coins and their rich histories without having to wait for another coin expo to pass through their area. For interested coin collectors, and anyone they might know who is either a history buff or a lover of fine art, there are famous coin collections currently located around the globe, highlighting the craft and hobby in its greatest form. Here are some of the most famous coin collections from around the world, both private and in museums, that should be inspected by you and any interested friends and acquaintances.

Part of the Smithsonian Institution’s Museum of American History, The National Numismatic Collection (NNC) offers coin enthusiasts nearly 1.6 million monetary items to fawn over within the nation’s capital. Started in 1923 by the US Mint, having given the NNC numerous rarities for both storage and display, this museum has come to be one of America’s premier collections of national coins and currency items.

A center for rigorous research into the history of numismatics, the NNC contains numerous U.S. rarities, from the 1849 $20 Gold Double Eagle to the 1913 Liberty Head Nickel, a 1787 Ephraim Brasher half doubloon to two 1877 one dollar pattern pieces, and two 1933 $20 gold Saint-Gaudens Double Eagles to all three types of 1804 silver dollars. Many other types of historical numismatic items can be seen within the museum besides just coins, including paper money, medieval coins, ancient coins, decorations, tokens, coin dies, credit cards, financial documents, printing plates, and more.

Unfortunately, the NNC’s “History of Money and Metals” exhibit was permanently closed in 2004, although a new exhibit, “Stories on Money,” was opened not long after, where attendees can learn about popular monetary issues from our country’s inception to now.

Registered with the PCGS, Louis E. Eliasberg, Sr.’s (1896-1976) collection features a wealth of coins that were collected between the 1920s to the 1970s. A Baltimore businessman who was active in the numismatics community throughout the 20th century, Eliasberg first made waves as being the first (and only) person to complete a collection of circulating U.S. coins by their date and mint mark. 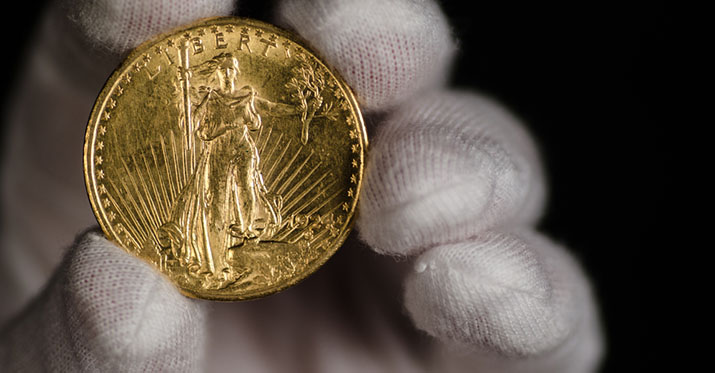 His collection is notable, and unique, because he did not concern himself with business strikes and proof strikes; furthermore, he did not collect mint errors and die varieties, as many other collectors will, due to their rarity. Instead, Eliasberg concentrated on collecting every type of American coin that was intended for circulation purposes.

Known to not concern himself with the price of coins, his collection is both vast and impressive. Notable coins held within his collection including subtypes of the 1873 Liberty Seated dime, a 1913 Liberty Head Nickel, an 1870-S three dollar gold piece, an 1804 silver dollar, the 1873-CC no-arrows Liberty Seated Dime, and one of the few known 1933 gold $20 Saint-Gaudens Double Eagles.

The only coin missing from his collection was the 1849 Gold Double Eagle, although many do not consider this a miss, as the coin was never produced, or released, for public consumption and the whereabouts of the coin are fairly unknown (except that one is housed at the NNC). Although auctioned off at a later point in time, being spread to other collectors around the world, Eliasberg’s collection was incredible, and auction prices considered the collection to be worth nearly $60 million.

King Farouk I of Egypt (1920-1965), ruler of Egypt from 1936 to 1952, lived an extravagant life up until his abdication from the Egyptian throne during their mid-century revolution. His lifestyle, which was rich and rife with spending sprees on items including artistic ventures, and politics made him despised within Egypt during his reign, which led to his eventual downfall. But, unsuspectingly, some of his favorite items to spend large swaths of money on were numismatic items, which led to him amassing one of the most well-regarded coin collections the world has ever seen.

During the 1940s, it is said that American coin dealers would regularly flock to Egypt to sell the known coin lover massive amounts of coins in a single visit, sometimes selling thousands of dollars in coins at once. His collection, which would eventually be auctioned off in the 1950s when he entered hot water, included thousands of gold coins, 1913 Liberty Head nickels, and many U.S. pattern coins. The most well-known piece hidden within his trove happened to be a complete set of $20 gold Saint-Gaudens Double Eagles, which included the famed 1933 issue. This discovery raised red flags for the U.S. Government, as they believed the coin to be stolen. There were never any 1933 issues of this coin released to the public. When suspicions were raised by the U.S., the coin suddenly vanished …

The coin resurfaced in 1996 when the coin was taken from a British coin dealer, Stephen Fenton. After litigation over its seizure, the government and coin dealer decided to auction the coin, eventually splitting the profits 50-50, thus allowing for a single available 1933 Saint-Gaudens gold double eagle to be owned within the public sphere. Holdings once belonging to Farouk have been found all around the world, particularly in other noted coin collector’s collections, including the famed Texan collector Harry W. Bass.

To anyone interested in the history surrounding coins, their purchase, transfer, auction, and controversy, Farouk’s collection is one worth giving much closer inspection to.

A Dallas-born businessman and lifelong philanthropist, Harry W. Bass (1927-1998) spent his life amassing one of the most notable gold collections to be seen in American history. His coin collecting venture began sometime in the late sixties after he had acquired some gold coins that piqued his interest, leading him to continue collecting U.S. gold numismatic currencies for the rest of his life.

His collection included a large variety of historical American coins, from currencies that existed in the early era of gold to accruing large quantities, and varieties, of diecasts from coins produced in the late 18th century and early 19th century. Many were especially impressed by the coins he managed to secure for his collection. Among these was one of the only known $3 gold coin collections, which included a piece produced in the 1870s not seen elsewhere. While his collection was largely sold off following his death at the end of the 20th century, remaining coins are on display at the ANA’s Money Museum in Colorado Springs, Colorado.

One of the finest coin collecting organizations in the world, the American Numismatic Association (ANA) has long worked to continue recording and amending the history of numismatics. Their Money Museum and its nearly 250,000 objects illuminate the fact of what great work they have done within the field. The ANA’s museum is most known for its Harry W. Bass Collection, which consists of numerous interactive presentations that allow for visitors to inspect some of the rarest U.S. currencies. Visitors can expect to see unique coins such as the 1804 silver dollar.

The most exciting part of this massive exhibit is for the knowledge that is offered within. With numerous experts on staff, and having helped to procure and display these collections, attendees can learn a great deal about the coins housed within this Money Museum. Excitingly enough, the museum offers online, virtual exhibits where coins can be assessed and discovered, alongside continually revolving exhibits that will keep attendees feeling refreshed and interested. Their interactive exhibits wholly designed for children will help to ensure that your kids are invested in the happenings within the museum, learning the true worth and value of the coins on display and for those they might be carrying around in their pocket.

From Hollywood, California, and having later moved to Long Island, New York, John J. Ford Jr. (1924-2005) amassed one of America’s most premier collections of coins and numismatics objects. Beginning as a delivery boy for well-known coin dealer Harvey Stack, Ford Jr. got his start in numismatics at a young age, but his impact would truly be felt by the mid-century. In the 1950s, Ford Jr. began publishing coin catalogs that provided highly specific guides for people interested in numismatics, from offering detailed descriptions of coins currently sifting through the market to grades expected to be found for specific coins. 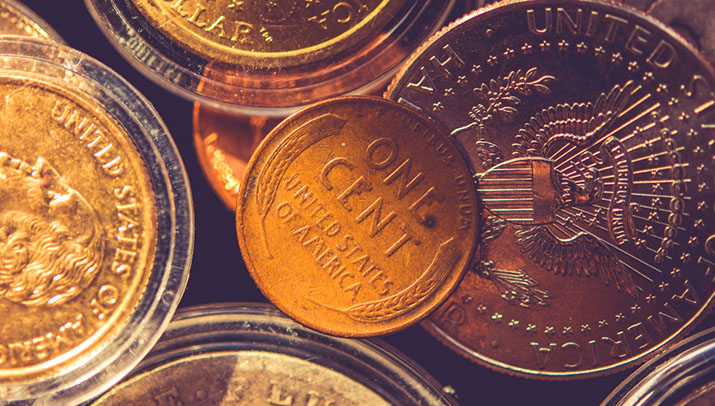 Before 2003, when his holdings were sold through over 20 separate auctions, it is said that Ford Jr.’s collection consisted of over 11,000 pieces of rare numismatics objects, including American colonial coins, western American gold, Americana tokens, and more. Along with these notable items, Ford Jr. owned many other rare items from North American history that would go on to auction, from early southern slave tags to minted gold ingots. This massive lot was valued at approximately $56 million, making it an impressive collection, and one that can be greatly appreciated by numismatists and hobbyists far and wide.

A British antiquarian collector and sister to famed botanist Sir Joseph Banks, Sarah Sophia Banks (1744-1818) produced one of the most well-known British numismatic collections during her lifetime and beyond. With over 8,500 unique pieces in tow, Banks’ collection included various items seen as historically relevant and monetarily valuable, from medals to certificates, rare coins to currency notes, broadsheets to newspaper clippings.

The most well-regarded coins in her collection included Tealby pennies of Henry II and many hammered coins produced in England, Germany, and America. Yet, the most impressive part to her collection came from the notations she kept of her valuable pieces, the notes from which would span a seven-volume collection listing the origins and placement of precious metals and stories surrounding their worth and whereabouts.

The collection was amassed and privately held until Sarah’s death, when her brother Joseph ended up donating the entire collection to both the British Museum and the Royal Mint, making it a national in the process. If any of these collections caught your eye, it’s worth taking the time to consider vacationing to take a closer look at them—or, if unable to travel, to purchasing books on notoriously private coin collectors to learn about their process and the wares the accrued along the way.

Coin collectors are a special type, and you might be surprised how much you have in common with the characters amassing these coins. If you ever get the chance to see them in person, you might even garner a better understanding of just why this field is so interesting to you in the first place.