Within the precious metals bullion market, there are a number of metals available for purchase, trading, and sale, including gold, silver, and copper. We have heard of moments in history when precious metal resources were mined in large quantities, particularly through “strikes” such as the 1849 California Gold Rush or the 1859 Comstock Lode in Nevada. But, since that time, U.S. coins have been minted from large quantities of gold mined both in the U.S. and around the world. For investors and collectors, this begs the question as to how precious metals are sourced. This is an important topic to understand, as it provides you with insight as to where the precious metal items you own—from jewelry and technological components to bullion coins—came from. Let’s take a closer look into the industry and determine how precious metals are sourced prior to their production as we know them.

Having been used to backup currencies around the world, including, at one time, the U.S. Dollar, gold has an intrinsic worth that has followed humans for centuries. Beyond its usage as a form of tradable currency, gold has a great deal of uses, from products in the medical sector to modern technology. But, prior to processing, how is gold sourced and where do we get the majority of it from? While the U.S. struck it rich with the California Gold Rush in the mid-1800s, most mined gold is not sourced within the U.S. anymore. At this time, most gold sourced from land deposits come from South Africa, which is responsible for approximately 40% of the world’s total gold production. Alongside South Africa, other notable producers include Australia, Canada, Chile, and Russia. However, experts state the majority of gold located on Earth is to be found within our oceans. Estimates put the total ocean-based gold reserves to be 8 times more than is currently located on land.

So we now know where gold is practically located, but how is the precious metal sourced? Gold is often removed from the earth through two forms of mining: placer mining, sometimes referred to as panning, and lode mining. Placer mining is the process through which gold is extracted from sediment such as sand and gravel. If you’ve ever seen a movie or television show depicting the Old West, you’ve probably seen someone undertaking this task: a miner is squatting beside a riverbed, a gold pan in hand, swishing water around its rim with a mixture of sediment that has been tossed in. As the lighter materials get washed out of the pan, heavier materials like gold stay on the bottom, allowing the miner to reap the riches from his manual labor.

A similar form of placer mining known as sluicing is also often used, wherein a slanted box is used instead of a pan, with water flowing over the sediment within. Both of these processes are used in commercial mining—just on a more modern, technological level. Lode mining is a different process altogether. Rather than sifting through sand and sediment in the hope of striking gold, those performing load mining extract gold from rock beneath the earth. This is another process usually portrayed in more large-scale mining operations in public media, with a long tunnel being dug into the side of a mountain or down into the earth, where men are slowly breaking up earth in search of gold fragments.

The process of gold sourcing is an arduous one, but it is one that pays off brilliantly. Although found in a near state of purity, the precious metal will sometimes be enriched with other metals to make it more durable, such as in Gold Mexican Pesos, which are produced with 10 percent of copper to enhance their strength and durability so they can stand up to consistent circulation. 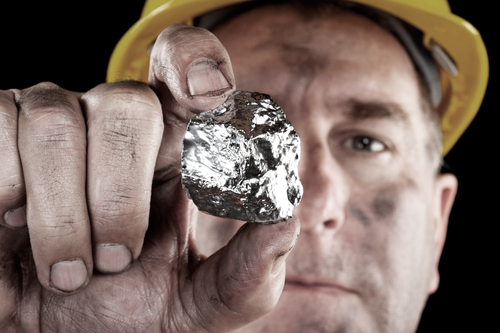 Similar to mining gold, the process of precious metal sourcing for silver is quite painstaking and tedious. Prior to purifying and minting silver for bullion bars, rounds, and coins, silver must first be sourced from the earth. There are a few processes often used by miners to extract silver. While many of the processes of sourcing silver are similar to gold, its location of origin differs. The largest producers of silver tend to lie within South America, in countries like Peru, Bolivia, and Chile. However, two of the world’s largest producers happen to be mines in Mexico and China. These mines are able to produce fine-grade silver, meaning that the silver is nearly pure—the type of silver you’d expect to find in your coins, .999 fine silver.

Just like with gold, placer mining is a method often used. While it can be used on a large scale, this is the most historical method of mining gold from sources of sediment and gravel. By relying on the force of gravity, silver could be segregated from the dirt it was mixed in with, allowing it to be sourced, stored, and taken off for selling. The more traditional method of lode mining is also used, having workers or machinery enter mines to extract silver from hard rock sediment.

Other than the methods used for extracting gold, there are two other precious metal sourcing methods used for silver: by-product mining and ore processing. By-product mining is similar to hard-rock mining, but the primary purpose of mining is to extract materials such as copper and sand. It just so happens that small quantities of silver might also end up being extracted during the process. Ore processing is a little different, and less often used due to it being an expensive method. By utilizing cyanide, workers are able to weaken hard rock beds, which will then be crushed with machinery.

While some silver can be sourced from this process, it is not a reliable method, as the yields tend to be quite low; moreover, it is extremely harmful to the environment, so many ethical companies tend to avoid this method. Once the precious metal has been sourced, silver then moves on to the production process, which usually involves a process of electrolysis or chlorination to purify the metal. As is the case with gold, silver will often have other metallic elements added to it to increase the durability of the product produced. This is especially true for monetary coins used in national circulation and everyday jewelry.

While gold and silver are usually seen as the most important precious metals because of their popular culture significance, the value of copper cannot be understated. Human evolution has a lot to thank copper for, and its applications in our modern world are wide-reaching. Separate from silver and gold, how is this precious metal sourced? Copper is a metal found all around the world, with some of the most popular mines sourcing from regions within South America, South Central Asia, Indochina, and North America. While it has been found across every continent, statistics show that the largest amount of copper is sourced from Chile. Part of the reason that a large quantity of copper is found within South America is due to the means through which it forms.

Copper is often found in the sedimentary layer, where mud and sand are intermixed with rock due to volcanic magma. This volcanic magma creates a temperature difference within the Earth’s crust, allowing for heat exchange, wherein copper, which is held in the upper layers of some of these rocks, is oxidized, thus becoming compressed in its surroundings materials. For this reason, regions with volcanic activity are often surefire spots for copper to exist.

Most producers tend to find copper alongside other metallic deposits, including precious metals such as gold and silver, as well as other metals like lead and zinc. However, prior to the invention of modern copper mining processes, copper was only a byproduct sourced alongside these other metals, often yielding a small quantity at a time. If not sourced as a byproduct by the mining of another precious metal, copper is usually mined by drilling directly into a layer of sediment called a porphyry deposit. Once mined, copper might be used in its pure form for technological purposes, but it is often combined with other metallic components to produce a useful alloy.

The means through which platinum and palladium are mined do not differ much from how gold, silver, and copper are extracted, but the locations of the precious metals are different. In the United States, the Stillwater Mine of Montana is the only place where both platinum and palladium are sourced and produced. Palladium is normally found in the eastern hemisphere of the globe, usually produced as a nickel byproduct, sourced from countries like Russia, Ethiopia, Australia, and others. Due to it being a metal that is often created as a byproduct of other metallic elements, palladium is considered to be an extremely rare metal if not one of the earth’s most rare!

Similar to palladium, platinum is normally sourced outside of North America—the three largest producers of the precious metal are South Africa, Russia, and Columbia. These countries are of importance to sourcing this metal due to the gold-bearing sands located in each. These sands provide near-ideal geological conditions for the metal to be sourced, and they are often found intermixed with other materials like olivine and chromite. Like the other precious metals sourced around the globe, both palladium and platinum have to go through a refining and production process, and both are used outside of the precious metals investing market. Common applications for both will find them utilized in electrical components, jewelry, dentistry, and medical technology.

The Matter of Sourcing 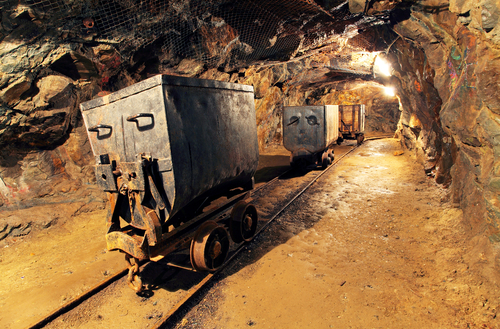 The conditions of mines are often of notable interest due to the worry of working conditions, thus concerning fair trade standards. Since metal mining takes place on both a small- and large-scale, it is worthwhile to note the differences between the two. Large-scale sourcing is often mechanized, meaning it is both low-risk and requires smaller time constraints; small-scale mining requires hard labor from those working within the mines. They often have to work overtime to meet the demands of their bosses and to maximize yields. While this is not always true, it tends to be the case within the industry, along with many other farming and mining industries. For this reason, many people are most interested in knowing that their metals were sourced from mining companies following safety standards, that pay their workers fairly, and which source their metals in an environmentally safe fashion.

How much you value the means through which your precious metal items were sourced is an opinion of your own. If you are interested and would like to know more about the source from which our products are made, feel free to contact one of our representatives with any queries. We’re happy to provide you with as much information as we can concerning our precious metals products.