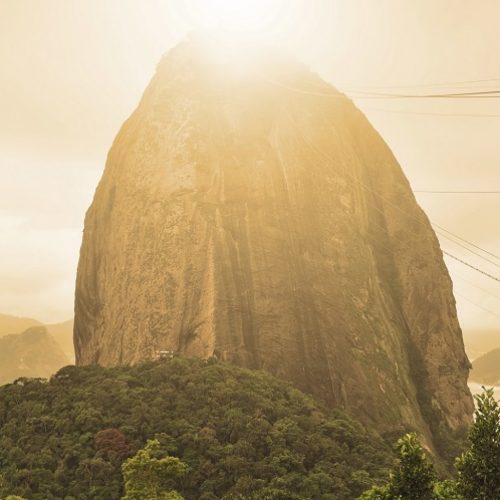 The World Cup kicks off this week, and soccer (or fútbol) fans around the globe are pumped for a month-long super-tournament that pits the world’s best players against each other.

This summer’s games are being hosted by the country of Brazil, whose team has long been a top-contender in the global soccer arena.

Historically speaking, one might say the Brazilian team is the L.A. Lakers/Chicago Bears of professional soccer — except on a grander scale.

When it comes to soccer, Brazil is tough to beat.

However, soccer isn’t the only thing Brazil is known for.

The Lost City of Gold

The Amazonian region of Brazil has had a deep connection to gold since pre-colonial days. Prior to European involvement, gold and other precious metals were plentiful in South America, and played an important religious role in Incan culture.

In fact, when Spanish conquistadors arrived on the shores of the New World in the early 1500s, they were shocked to discover (much to their delight) that many of the “primitive” civilizations had massive rooms overflowing with gold and silver.

During that time rose the legend of El Dorado, a lost city of gold hidden in the jungle. In the years that followed, countless ambitious explorers set out for the Amazon in search of this mythical place.

None returned successful — and many never returned at all.

Fast forward to the 1700s, and the Portuguese colony set its sights on the abundant natural resources discovered by Spanish colonizers centuries before.

According to mining historian Jade Davenport: “It was only when ‘bandeirantes’ (groups of adventurers comprising Portuguese colonists, indigenous Indians and ‘caboclos’ — people of mixed race) began to traverse the rugged mountain chains west of Rio de Janeiro and explore the southern interior of the colony in the latter half of the seventeenth century that payable gold was finally discovered.”

The gold boom continued in South America for much of the eighteenth century, and it’s estimated that around 350,000 ounces of gold was produced every year. However, as with any nonrenewable resource, eventually the deposits gave out, effectively ending the rush.

Yet to this day, mining continues to be a prominent force in the Brazilian market. Iron ore, bauxite, copper and gold still account for nearly 20 percent of the country’s exports, according to a recent report.

While this is only a very brief history of gold in Brazil — and South America in general — the history of Brazil’s gold rush is dripping with adventure, mystery and superstition.

What do you think: Is the legend of El Dorado true?