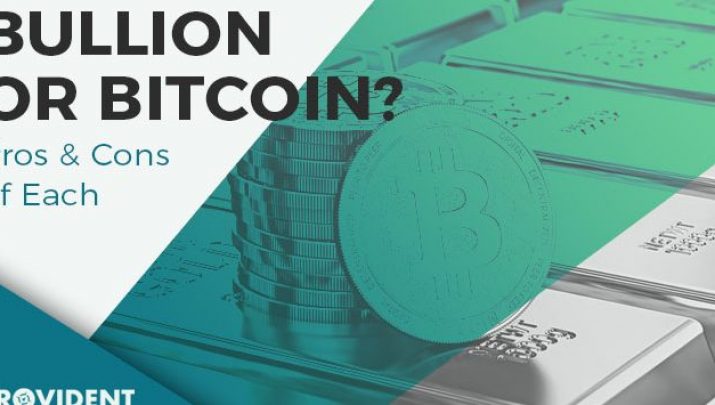 As the world continues to modernize, shifting further into the digital realm, digital currencies are regularly garnering prominence in the global marketplace. While some mainstream media outlets are referring to the digital currency Bitcoin as the “new gold,” we must ask ourselves whether this is true. Is gold and silver bullion a useful commodity for investors? It’s worth taking a closer look at these two investment options—bullion and Bitcoin—to determine which is worth investing in. Each has its pros and cons, and it is imperative that we consider them all prior to investing in an asset.

The Commodity and What it Is

Long valued throughout human history, gold is a natural element that is extracted from the earth. With a bright sheen that has led to global cultural significance, gold has been widely used through the production of currency, jewelry, and other noteworthy products. As much a status symbol as it is a commodity, gold is one of the most expensive precious metals available.

Other precious metals are similar in most characteristics, being extracted naturally from the earth and having usefulness not only for their appearance but also for their utilization in various industries, from medical to technological. Comparatively, Bitcoin is a peer-to-peer traded currency that is hosted solely through digital platforms. While it has recently gained traction as a currency among some businesses, Bitcoin has largely been treated as a valuable, gamified digital item that is held within digital wallets managed by vendor platforms.

The exact date for the emergence of most precious metals is unknown, although approximations can be made. Historians point to gold’s first appearing in 500 BC when the Turks minted it for use as a coin. Ever since 500 BC, the advent of gold has only continued, with it being treated as a highly valuable item that was first used to influence others while bartering, and then appearing through its primary use as currency. 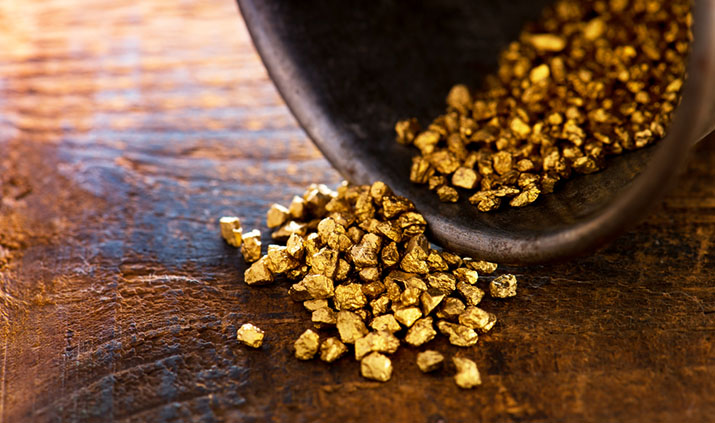 Other precious metals, such as silver and copper, appeared at other points in human history, pivoting the human trajectory in a way that cannot be understated. Bitcoin first came into prominence in 2009 when client and issuance services first opened and began mining processes. Mining was slow for the first half-decade following its arrival, but Bitcoin exploded as a cultural phenomenon around mid-2017 when its spot price skyrocketed and eventually fell off in the following year.

How Is It Mined?

Gold is a naturally extracted element from the earth, with numerous technologies being applied to remove it from the earth’s crust and sediment. While simpler methods of extraction were used in the past, say in the time of the California Gold Rush, when miners would use running water and strainers to check local rivers for sediment runoff, newer technologies have made the tasks much easier.

Precious metals are then produced, once cleaned and purified, by the processes of pouring or pressing. Metal will either be heated until molten and poured into a bullion mold or cut and pressed into its bullion shape. Bitcoin, on the other hand, is mined digitally. The Bitcoin mining process has a computer solve computational problems that chain together transactions often known as blockchains. By allowing a computer to run a program which effectively completes these computations, a miner is able to earn Bitcoin, eventually earning one whenever a chain of the overall blockchain is solved. 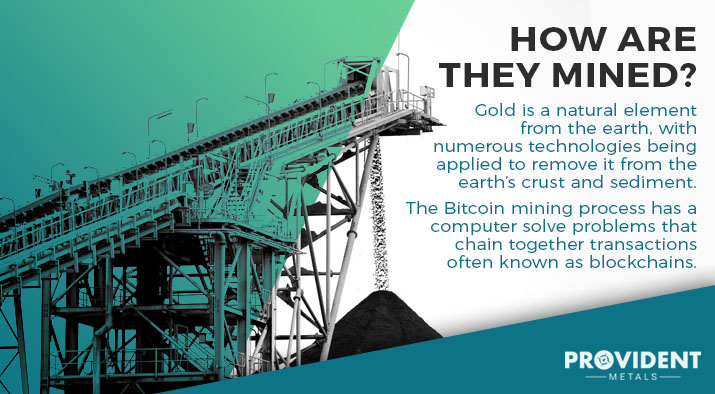 Current approximations state that 200,000 tons of gold have been mined throughout the world. It is similarly believed that the same amount is all that exists. While not all of this gold has been processed, this current approximation makes gold even more rare, making its value that much more apparent. We are still unsure if other gold mines exist on this planet, but it is something that only the future will tell.

Currently, nearly 13 million Bitcoins have been mined. Experts believe that only 21 million Bitcoins will ever be mined due to the finite number of blockchains in existence. Unless other methods are produced, there will come a time when Bitcoins can no longer be mined, and whatever exists is all that we will know—if this is the case, this will likely lead to the continued appearance of other digital currencies on the market.

The Store Value of Precious Metals

Some people like to believe that owning precious metals such as gold bullion or silver bullion is a safeguard against Bitcoin volatility, making precious metals a fare more secure investment in comparison to the digital realm. While there might be some validity behind these claims, the issues that both gold and silver once faced cannot be forgotten, including the 1933 end of the U.S.’s bimetallism era and the 1974 legislation that separated the USD from the gold standard. 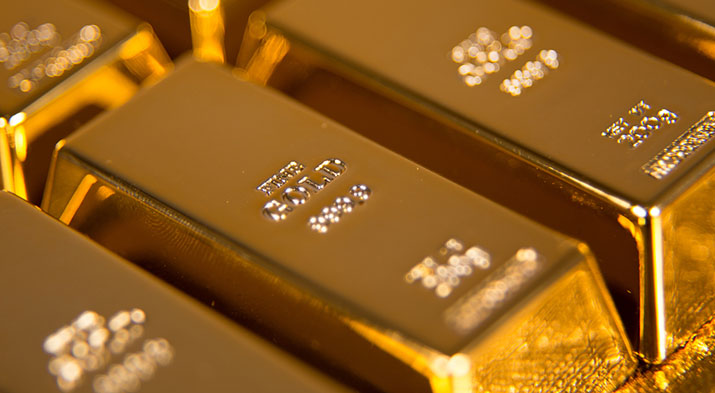 With fluctuations to the downturn, there have also been scenes of massive growth for precious metals. Around the time of the 2008 Recession, silver and gold prices skyrocketed, with many folks investing out of fear for the USD’s future legitimacy. Bitcoin has seen similar fluctuations, most affected by underground communications, mainstream media reporting, the boom followed by the fall, and the eventual return. At this time, Bitcoin’s worth sits around $10,000, though it hit a near max of $18,000 in early 2018, up from $400 in 2016.

Out with the Old, In with the New

Gold’s market cap currently sits at $8 trillion USD, while silver is approximately $50 billion USD. Comparatively, Bitcoin’s market cap is currently assessed at $70 billion USD. Bitcoin has a long way to go until it will reach the same market cap of gold, but experts believe that the next few decades will bring extreme growth for Bitcoin and similar digital currencies, making it a contender against gold and other traditional investments—reflecting the dot-com boom of the 90s and early 2000s. 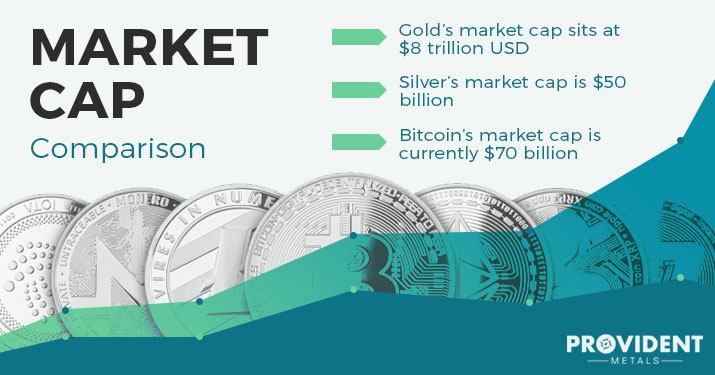 The current issue for experts, and investors, to assess the market of digital cryptocurrency is that it is still largely unregulated, making its volatility and security difficult to assess. With expected growth to come, this seems as if it will be a notable contender to the precious metals bullion market, considering that gold and silver bullion prices have stagnated in recent years. Now, does this mean Bitcoin will completely overtake gold and silver, causing it to go by the wayside? It’s unlikely.

Bitcoin has shown its worth over the past few years, making it a notable investment that is an alternative to the usual commodities market. To think that it will replace either gold or silver bullion as a primary financial hedge against the USD is short-sighted. It’s not to say that it will never happen, as we cannot predict the changes to come in the following decades with extreme accuracy, but experts are unsure of the long-term competitiveness of Bitcoin when stacked up against gold and silver.

The reasons surrounding this conclusion is that Bitcoin is a digital product that is not backed up as a physical commodity. The issue for Bitcoin is that there is no physical restraint on the market. Yes, there is believed to be a cap as to how many Bitcoins can be mined, but there is a point where the worth of such items can be allowed to grow to an exponential point, wherein they would become increasingly volatile.

Precious metal bullion such as gold and silver are different, as they are part of what would be called the liquid market—items that can be bought, sold, and traded for other commodities, goods, and services. While Bitcoin is started to be accepted as a form of payment among some businesses, it isn’t quite the same, especially on a global scale. The spot price for both gold and silver are consistent among various countries, meaning they are valuable no matter their place of use. 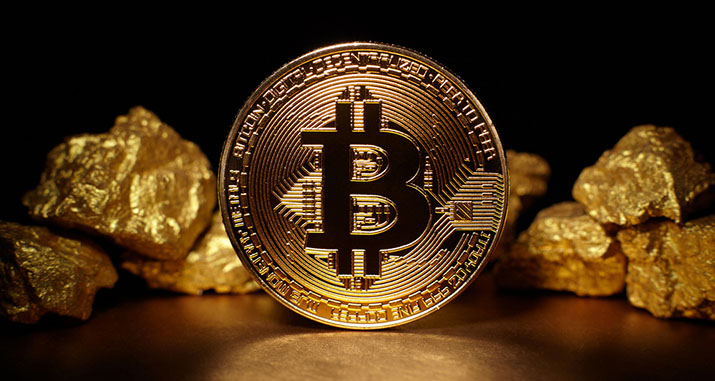 Other characteristics to consider, of Bitcoin being used as a financial hedge, are the legality and security of the currency as an investment. Cryptocurrencies in general, not just Bitcoin, will not last forever—some financial experts believe that many of these newfound cryptocurrencies will disappear at some point in time, failing like many companies during the dot-com bubble.

While Bitcoin is likely to survive the torrents, other cryptocurrencies will go by the wayside, brought down due to lawsuits concerned with their legality or due to the U.S. making a privatized digital currency of their own. In other cases, digital currency companies might collapse under their own weight, such as happened with Canada’s Quadriga CX, which lost all financial value following the death of its founder, as he had never shared management passwords with any other members of the company.

How They Stack Up When Compared

Gold has been a trusted and secure investment for interested parties, whether professional or hobbyist investors, for centuries. Whether for the stability it offers compared to traditional investments, and the USD, or for its long-term security within IRA accounts, precious metals from gold bullion bars to silver bullion rounds provide investors with reliable financial comfort to come.

Bitcoin might be new, but it’s quickly become a trusted investment method for many people new to investing. While it has seen its fair share of both growth and decay, Bitcoin has eventually stabilized over the past year, with possible signs of upcoming growth. It might be too new to truly understand what is to come for this commodity, but it can be seen as a somewhat reliable investment, especially as a digital good. 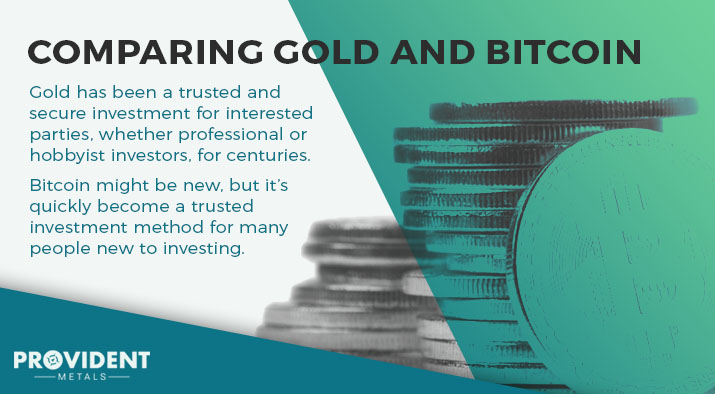 How to Make the Best of Both

While the pros, cons, and comparisons between precious metal bullion and Bitcoin have been outlined, you might still be unsure as to which investment option is right for you. The characteristics of each offer their own benefits, but wouldn’t it be wonderful to have a mix that was the best of both worlds? Enter digital gold.

DGGold, as offered and provided by Provident Metals, is a new way for investors to invest in precious metals within the digital age. Unlike investing in traditional, physical forms of silver and gold bullion, DGGold provides the investor with the option to purchase and trade tiny amounts of digital gold through secure, timely transactions. The online DGGold portfolio, as hosted by Provident Metals, allows investors to regularly check the value of their portfolio in real-time, tracking the value of their digital gold as represented by gold’s spot price.

The best part of investing in DGGold is the ease of purchase provided to investors. Are you looking to only purchase an exact amount of gold? Only have a small amount of funds available to invest in gold? DGGold allows investors to buy digital gold in amounts as small as 1/1000th of a troy ounce, allowing you to make purchases whenever it works best for you, all while providing you with the option to effectively track your investments through the digitally contained platform.

Both Bitcoin and precious metal bullion can offer you investment security. While each has its own benefits, both are effectively compounded within the new commodity of DGGold. Consider taking a closer look at all three options, determining which is the best option for your portfolio and interests. Your investments should work for you, so it’s important that you invest in a commodity that will make your long-term finances feel safe and secure. And if you have any additional questions about precious metal investments, contact a knowledgeable representative at Provident Metals!