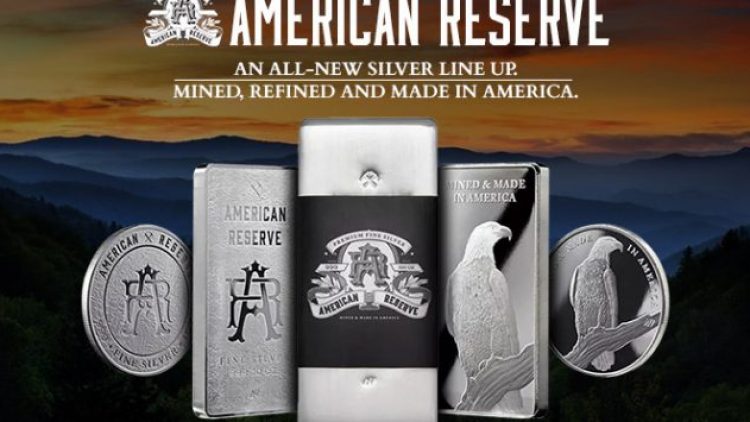 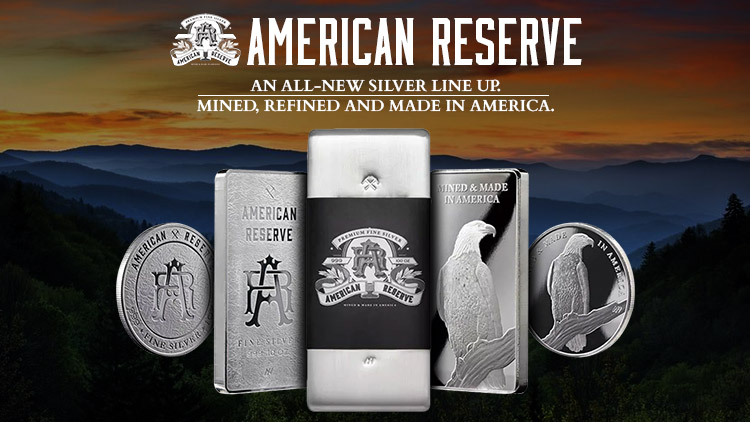 The first major discovery of silver in the United States occurred in 1858 when a silver ore load was found in the Virginia Range in Virginia City, Nevada. In the first 20 years that silver was mined in the Comstock Lode, miners removed 6,971,641 tons of silver ore generating millions of dollars, turning average Americans into millionaires overnight, and resulting in a boom in westward movement among Americans. While you won’t run out and find your own silver lode today to mine from, you can purchase silver bullion that is 100% American. From ground to mint, the silver in the American Reserve bullion series is 100% American mined and made. Now, you can get in on the action with silver bullion in the American Reserve series from Provident Metals.

Asahi Refining took over Johnson Matthey refining operations in the United States and Canada back in 2016. Today, it is the company behind the American Reserve bullion brand and offers investors the chance to get silver rounds and bars that are 100% American. The silver used in the refining and manufacturing of these products was mined in the United States, refined in Asahi labs in Utah, and minted in a Miami-based facility.

For investors who prefer silver rounds or want the most affordable silver bullion option, the 1 oz Silver American Reserve Round is available with impressive visual designs and textures. The obverse side of the round has the stylized “AR” initials of American Reserve with a broader background field that is rocky as a nod to the history of silver mining in the United States. The outer border has inscriptions of “American Reserve” and “999 Fine Silver 1 oz.” The background behind the inscriptions comes with a mirrored finish. On the reverse side of the American Reserve round is the American bald eagle sitting on its perch. The stoic eagle is at rest, but always vigilant with its eyes fixed on the horizon. The background field on this side of the round is clear and mirrored.

The 1 Troy oz .999 pure silver American Reserve rounds are available to purchase in a plastic flip, with multiples of 20 in tubes or rolls and boxes available with a total of 500 rounds.

Those looking to make a bigger investment in silver can purchase the 10 oz Silver American Reserve Bar. These minted ingots have the same design elements from the silver round arranged vertically on both faces of the bar. The obverse of the bar has the “AR” initials with inscriptions of the weight, purity, and metal content included and the same rocky background field. On the reverse, you will notice the American bald eagle perched on a tree branch with its wings at its side and its gaze fixed on the distant horizon. The mirrored field is clear and the bars have distinct, refined edges.

To make a big splash with your silver investment, the cast 100 oz Silver American Reserve Bar ships in a protective plastic sleeve or box with an Assay Band wrapped around each silver bar. These bars do not have the bald eagle on the reverse as this side is blank. However, these bars have the design elements struck incuse into the surface of the bar. The American Reserve initials are visible on this side of the bar along with the pickaxes and the Asahi Refining mint mark.

Get your American Silver at Provident Metals

All three products from the American Reserve bullion series are now available to you online from Provident Metals. You can call our customer service team at 800-313-3315, chat with us live online, or email us. Keep up with our weekly blog posts and follow us on Facebook for more information each week.