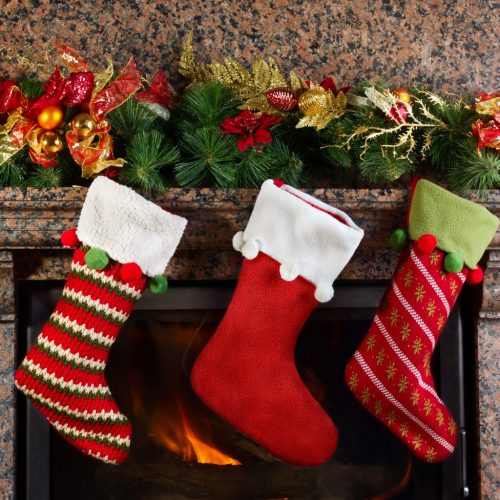 Many people believe that the tradition of gift giving during Christmas and the holiday season stemmed from the story of the Three Wise Men giving gifts of gold, frankincense, and myrrh. But there are actually several more historical traditions of giving coins and other gifts that led to the modern act of giving presents to loved ones.

The Christmas stocking originates with Saint Nicholas, a 4th century Greek Saint who enjoyed anonymously giving presents to those who were less fortunate. Saint Nick once threw bags of dowry money through windows and down chimneys to rescue the daughters of impoverished families from being sold into slavery. In some versions of the story, Saint Nick placed silver coins into the girls’ stockings as they hung to dry on the chimney ledge. Hanging stockings over the chimney became a trend, in the hopes that Saint Nicholas would spread his generosity to more homes and families.

Other stories tell of children leaving their shoes in front of the fireplace or on the windowsill overnight so that Saint Nicholas could come fill them with candies, fruits, and small gifts. In some versions of this tale, children left carrots or hay in their shoes for Saint Nick’s donkey to eat. He traveled with a donkey laden with gifts for children. Saint Nick would take the hay and carrots and replace the donkey’s goodies with gifts for the children. This translated to the modern tradition of leaving out cookies and milk for Santa.

Another Christmas tradition involving coins originated in Britain, where families would gather in the kitchen to make the Christmas pudding together. A silver sixpence was added into the pudding mix and everyone in the household took turns stirring. Whoever found the coin in their piece of pudding on Christmas day was slated to enjoy a year of good fortune and wealth. 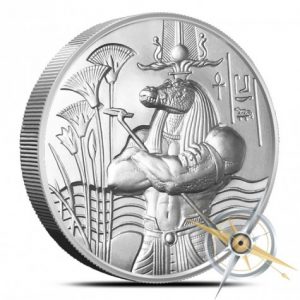 Continue the long-standing tradition of giving silver coins to your loved ones! Enter our giveaway by telling us one thing you’re looking forward to this holiday season. Commenting below will serve as your entry for our December giveaway. But remember to keep it classy; inappropriate comments will be deleted and disqualified. Submit your comment (one comment only please) by December 21, 2017. One winner will be randomly selected on December 22, 2017 to receive a Sobek 2 oz Ultra High Relief Silver Round from our Egyptian Gods series, along with an Air-Tite plastic capsule to protect your round.

Happy holidays to you and your family!