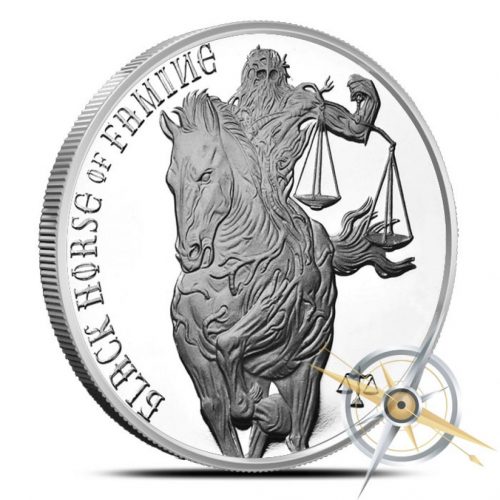 The Black Horse of Famine, from Provident’s Four Horsemen of the Apocalypse series, concluded its run yesterday and has now been discontinued. The third release in the 4H series was available for three months and we’ve crunched the numbers to give you the mintage information.

As the Black Horse exits, the Pale Horse of Death takes centerstage as our last 4H round. It was released simultaneously with a 10 oz silver bar featuring all four horsemen that will continue to be produced after the Pale Horse’s discontinuation.

Though the first three designs in BU format are no longer in production, you can still buy NGC certified versions of these rounds in both proof and antiqued finishes. For those who have purchased the series’ slabbed rounds, we offer a specially designed 4H box to store and display your collection.

Thank you for supporting the Provident original Four Horsemen series! Do you have a favorite design? Let us know in the comments section below.