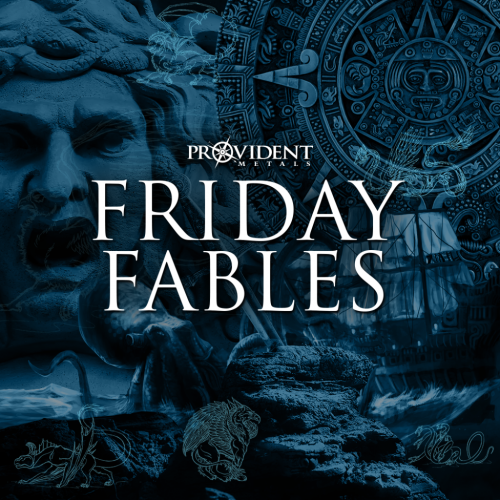 Many Americans grew up with fond memories of losing their baby teeth. Sure, it’s sometimes painful, but it also came with a reward. The tradition of children leaving lost baby teeth underneath their pillow for the tooth fairy to exchange for money—often a coin—has become ingrained in our culture, but it’s a fairly new tradition with roots that are harder to trace than other mythical figures like Santa Claus or the Easter bunny. But unlike these figures, the tooth fairy is not confined by a religion or culture.

The modern tooth fairy likely stemmed from a smattering of ancient rituals involving tooth loss. Most cultures have some tradition for the disposal of baby teeth after they fall out. Some of these traditions included:

Perhaps the most famous precursor of the tooth fairy mythology is the 18th century French folktale of La Petite Souris, a mouse that takes lost teeth away in exchange for a coin or small gift. This mouse has a counterpart in Spanish-speaking countries named Ratoncito Perez.

Along with these mice, the tooth fairy likely drew inspiration from the “good fairy” figures that originated in Europe and eventually made their way into pop culture. In fact, at the time the tooth fairy was gaining popularity in America, Disney was releasing movies like Pinocchio (1940), Cinderella (1950), and Peter Pan (1953). Ever since, fairy figures—including the tooth fairy—have regularly been seen in books, movies, and other forms of entertainment. These sources helped solidify the tooth fairy mythology that was starting to emerge at the turn of the 20th century.

The researchers who uncovered the origins of the tooth fairy in the 1990s were particularly interested in why this myth developed in the first place. One theory credits the myth as a source of comfort for children as they go through a rite of passage that can be painful or scary. Another attributes the myth as a method of helping children transition into the world of adulthood, where an exchange of money for a lost tooth is symbolic of the economic system.

And just like any economic system, the tooth fairy’s reward for lost teeth has proven to increase with inflation. In the 1940s, a dime was often left as a reward for a lost tooth. This reward increased to a quarter in the 1950s. The 1960s introduced a Kennedy half dollar as a common tooth fairy reward. The reward crept up to a dollar in the 1970s and 1980s. From the 1990s to the 2000s, rewards varied from one to five dollars. A recent survey found that the average reward is now about $3.70 for each lost baby tooth. Some parents still enjoy the tradition of leaving a shiny coin for their child to discover in the morning.

Since the American inception of today’s tooth fairy, the myth has been globalized and is now present in many other countries. From humble beginnings as a mouse to the fairy that leaves behind money, it’s a tale that resonates with many families. 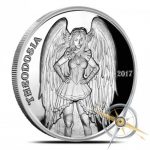 If fairies catch your eye, perhaps you’ll also enjoy angels. Check out the Theodosia Silver Proof Round from the Angels & Demons Steampunk Collection produced by the Osborne Mint.

Can you remember what the tooth fairy left for your baby teeth? Perhaps a crisp dollar bill, or a silver coin, or another small trinket? Share your stories in the comment section below.