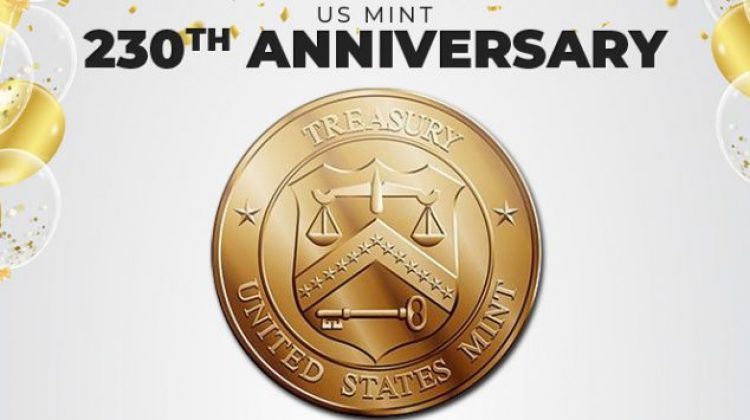 Life before the US Mint

Before the formation of the United States Mint, transactions in the colonies of British North America consisted of foreign currencies, colonial-issued money, and even livestock or produce in bartering situations. After the American victory in the Revolutionary War, the now-independent 13 states coexisted under the Articles of Confederation. Under the rules of this document, each of the states was authorized to produce and issue its own coins. It wasn’t until after the ratification and implementation of the United States Constitution that the US Mint was able to become a reality. The passage of the Coinage Act of 1792 formed the United States Mint and established the first several forms of currency the new sovereign mint would produce for the nation.

The Start of a Legacy

From 1792 to 1837, the Philadelphia Mint bore the sole responsibility for producing US currency. Following the discovery of gold in the Carolinas and Georgia, the US Mint moved to establish local branch mints to produce coins of the US Eagle denomination using these local sources of gold. The Charlotte Mint opened in early 1838 in North Carolina, followed by the Dahlonega Mint later in the year in George. 1838 also saw the establishment of the New Orleans Mint.

The next two branch mints to open among the defunct US Mint branches were the Carson City Mint in Nevada in 1870 and the Manila Mint in the Philippines in 1920. The Carson City Mint, like Charlotte and Dahlonega, sought to take advantage of local metal sources. This time, however, the metal was silver, not gold.

The Charlotte Mint and Dahlonega Mint closed in 1861 at the outset of the US Civil War and never reopened. The New Orleans Mint was closed during the war and Reconstruction, but resumed operations from 1879 to 1904 before closing for good. The Carson City Mint closed from 1886 to 1888, resumed operations between 1889 and 1893, and closed for good in 1893. The Manila Mint issued local currency in the Philippines from 1920 to 1922 and again from 1925 to 1941 before closing.

The Modern US Mint System

Today, the United States Mint consists of six locations, four of which are branch mints. The Philadelphia Mint, as mentioned earlier, remains the oldest and largest branch mint. In 1854, the San Francisco Mint was opened. In 1863, an assay office was opened in Denver, Colorado, which would later become the Denver Mint in 1906. In 1938, the West Point Bullion Depository was opened, with the first coins being issued there starting in 1973. In 1988, the West Point Mint was made an official branch mint of the United States Mint. In addition to these four branch mints, the US Mint operates the Fort Knox Gold Bullion depository in Kentucky and its headquarters in Washington D.C.

At Provident Metals, you’ll find that we carry a wide range of American gold, silver, platinum, and palladium bullion coins. From historic gold and silver circulation coins to modern bullion pieces, you can trust Provident Metals to have all the American coinage you’re interested in. You can call us at 800-313-3315, chat with us live online, or email us directly. Remember that our Facebook page and blog offer additional information and details for our customers.