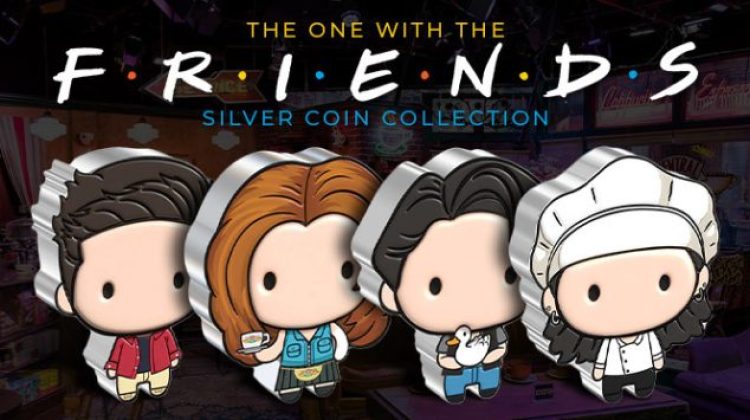 Between 1994 and 2004, Friends dominated the airwaves in the United States and eventually became a global phenomenon. Though the series has been off the air for nearly 20 years now, it continues to grab the attention of new generations of viewers as the series remains active in syndication on TV today. COVID-19 lockdowns left millions around the world seeking anything they could find to watch on TV while stuck at home, leading to the most recent revival in interest for the series. The New Zealand Mint has recently introduced a six-coin chibi silver series featuring caricatures of the six main figures from the cast.

The Crew of Friends

When viewers first met the characters from Friends in 1994, everyone quickly became familiar with the faces of each character and their individual quirks. Over the course of a decade, viewers tuned in to watch these characters grow throughout the story arch. Each character grew in a different way. Joey, always in pursuit of success as an actor, was eventually able to stand on his own two feet, while Chandler was able to set aside his childhood hurt and mistrust to foster a solid relationship and eventually marry Monica. The on-again, off-again relationship between Ross and Rachel culminated in the two choosing each other over all else in the series finale. Even Phoebe went from a quirky loner to a, well, quirky married woman.

In the new Chibi Friends Series, the New Zealand Mint offers chibi caricatures of all six of the main cast members. This includes designs of:

On the reverse side of all six coins in the Chibi Friends Series, you will find the beautiful, colorized chibi caricatures mentioned above. The obverse side of the coins in this series features the famous fourth-generation effigy of Queen Elizabeth II. Her Majesty is depicted in right-profile relief wearing the Girls of Great Britain and Ireland Tiara. The inscriptions on this side of the coin read ELIZABETH II, NIUE, 2022, 2 DOLLARS, 1 OZ 999 FINE SILVER, and the trademark information for the series and characters.

Each one of the coins in the Chibi Friends Series comes with a themed presentation box. These boxes have a Friends design theme with a viewing window on the front that showcases the reverse design. The coins within are housed in custom-molded cases meant for the individual shape of each silver coin. The box includes a printed Certificate of Authenticity and a unique serial number for each coin.

Gather Your Friends with the Help of Provident Metals

While supplies last, the six designs of the Chibi Friends Silver Series are available to you at Provident Metals. Our customer service team is available at 800-313-3315, online using our live chat, and via our email address.