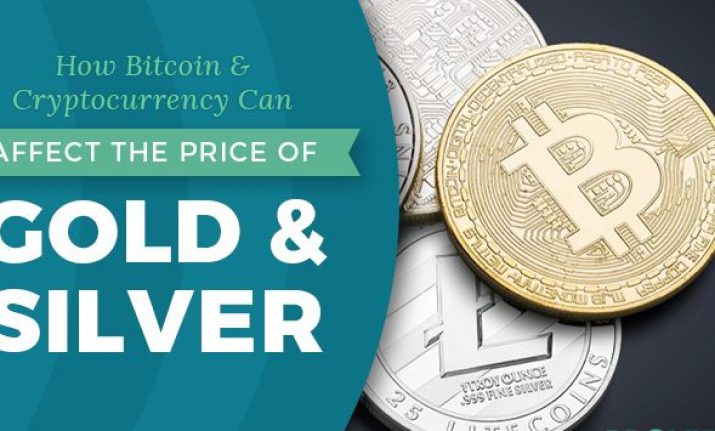 Having been called the digital form of gold, Bitcoin and cryptocurrencies have exploded in popularity over the past few years. While the value of some of these digital investments has dropped off with time, sometimes making for a volatile market, it appears as if it is stabilizing once again. Yet, something to consider is whether Bitcoin and other cryptocurrencies are having an effect on the precious metals market—specifically, metals like gold and silver. Furthermore, besides either increasing or decreasing the interest surrounding precious metals, are digital cryptocurrencies affecting the gold and silver prices?

At approximate rates, the current value of one Bitcoin is $10,000, while one ounce of gold and silver are equal to roughly $15 and $1,380. However, while gold and silver prices haven’t changed much over the past few years, we should remember that the value of a single Bitcoin climbed to almost $20,000 a few years ago (although it crashed near its current value not long after).

The vast difference in prices between Bitcoin and these two precious metals is noteworthy, but whether it has an actual effect is still not completely understood. What we do know is that Bitcoin garnered a great deal of attention when it was rising near its $20K mark. Furthermore, as the market cap of Bitcoin surpassed that of silver, some Bitcoin experts are thinking that it will one day exceed that of gold, too.

Bitcoin will Replace Gold and Silver

Lou Kerner, renowned venture capitalist who has parroted the above belief, still believes that the worth of Bitcoin and cryptocurrency will continue increasing. Speaking to Bloomberg, Kerner believes that the next few decades will bring about extreme growth for Bitcoin and other cryptocurrencies, something that will parallel the dot-com boom. Whether or not it will reflect the same bubble that the dot-com boom turned out to be? That is unknown.

While volatility has affected the market so far, making it seem as if it were an unreasonable method of currency, Kerner stated that he saw this fluctuation being born of a lack of check and balances. With a more stable regulation service surrounding the crypto market, Kerner and other experts expect to see the market continuing to grow beyond our expectations, becoming the ever-more-popular choice for investing in, over precious metals like gold and silver, thus decreasing their overall value as market hedges. 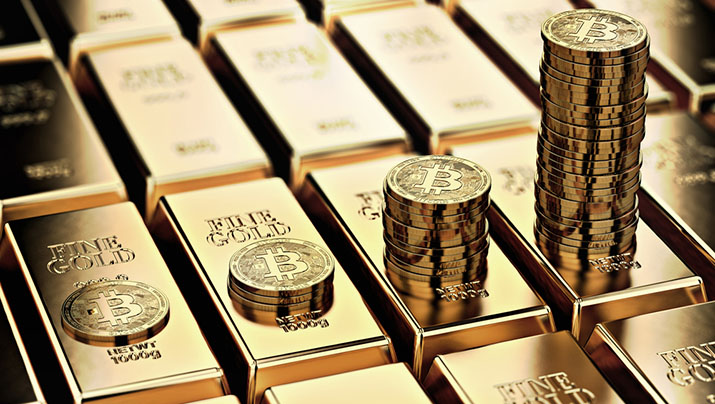 The Store Value of Gold and Silver will Be Left Unharmed

While Kerner’s Bloomberg interview made a strong case for the strength of Bitcoin, others are not so sure. In particular, many other experts believe that gold will be unaffected, even if it might see fluctuations of its own.

There is a predisposition of those in the gold-owning community to assert that gold and silver are surefire investments while Bitcoin is far too volatile, making it inferior to the physical precious metal. There might be some truth to this statement for the time being, as Bitcoin is still a relatively new investment option for people becoming introduced into the marketplace—but gold and silver faced issues of their own in the past, whether for the 1933 end of the bimetallism era, tying the U.S. dollar to the gold standard, or the 1974 legislation where the worth of the U.S. dollar was separated from the gold standard.

Both precious metals have seen their own fluctuations over the past few decades, with the value of gold growing exponentially around the time of the turn of the century and the 2008 recession. Both items have become particular hedges for investors against the U.S. Dollar and the stock market, particularly for their market cap value.

Now, while the market cap of Bitcoin has been steadily increasing, its total is only a mere one-hundredth of a percent of the gold market cap. This doesn’t mean that Bitcoin might not someday become a significant store of value within the next few decades, but it will likely not replace either gold or silver.

Gold and Silver Will Not Be Replaced as the Financial Hedge

While Bitcoin might become a notable store of value within the future, it will not replace the gold or silver as the financial hedge. While people are becoming ever more interested in the crypto market, some experts believe that Bitcoin will never truly impact gold and silver prices, or its position as a hedge.

One reason for this is Bitcoin solely being a digital product—one that is not backed by a physical commodity. While the same can be said of the U.S. dollar, due to its separation from the gold standard in 1974, equating them would be incorrect. The issue that arises is that cryptocurrency doesn’t have a physical constraint, one that would limit the exponential growth of the market, making it such a volatile asset. The same can’t be said for gold or silver, which allows them to continue being hard commodities that can be easily managed and monitored without much volatility.

Furthermore, both gold and silver will continue to be part of the liquid market—items that can be bought, sold, and traded among people for other commodities, goods, services, and more. The value of these precious metals is not separate from continent to continent; rather, they are metals that are seen as valuable no matter where they are brought. Bitcoin and other cryptocurrencies aren’t the same. While they are beginning to be accepted online and in stores for payment, it is not a mainstream product of currency. For this reason, one shouldn’t expect gold and silver values to change.

There are two other points that should be brought up when it comes to cryptocurrency being used as a financial hedge: legality and security.

Besides Bitcoin, there are a lot of different cryptocurrencies available for purchase online; however, we shouldn’t expect to see these cryptocurrencies lasting forever. As stated above, some Wall Street experts expect many cryptocurrencies to crash just like with the dot-com bubble—an exponential rise followed by an extreme loss of value. 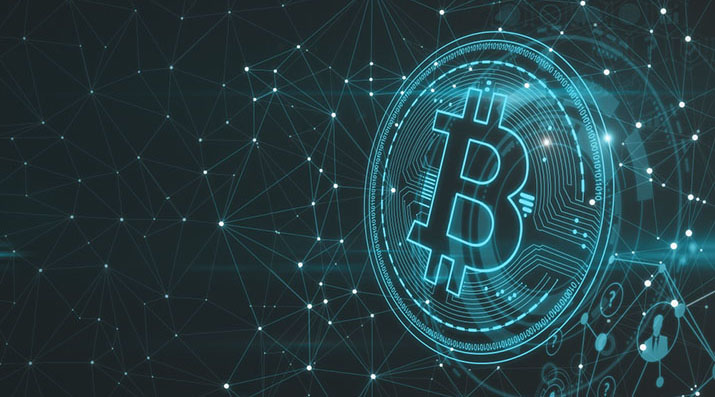 In some cases, it is likely that these cryptocurrencies will either be investigated and shut down if determined to be illegal or the U.S. might create a digital currency of its own, making any other private entities illegal, thus making their value worthless. In other cases, the platforms might just shut down on a whim, as was the case with Canada’s Quadriga CX following the death of its founder.

Concerning security, cryptocurrencies are unreliable, as they are solely a digital item. In the event of a digital catastrophe or a major hacking event, it is possible that you could have your portfolio wiped out altogether. This comes back to the liquid value of assets: while gold and silver can be physically owned or stored in safeguarded banks, there is very little to ensure that your crypto purchases are safe in the long run.

Based off of the last opinion, this one goes in the opposite direction. Some people trading within the financial markets believe that gold and silver are actually doomed. Why? While some investors understand that gold and silver are safe plays for the market, acting as liquid assets that see very little volatility, they believe that the exponential growths of cryptocurrencies will lure interested investors away from the precious metals market.

The reasoning that some people purport is due to the fact that both gold and silver prices have seemed to have stagnated within the last few years, sitting around the same price per ounce. In contrast, Bitcoin saw massive growths in years past. Now, while this might have been true for Bitcoin around the time of 2017 and 2018, the overall price of Bitcoin has equally begun to plateau, particularly once people began regulating the market more. While this might be a popular opinion among Bitcoin investors, the likelihood of gold and silver prices being demolished is not likely. 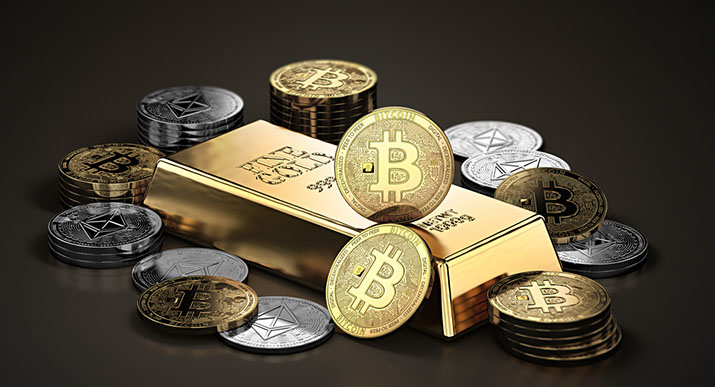 Gold and Silver Will Never Be Affected by Cryptocurrencies

The volatility that Bitcoin faced in years past was concerning for a lot of investors. Its meteoric rise might have caught the attention of investors new and old, but its major fluctuations in years past, such as the drop from a high of $20,000 to $6,000 just six months later, caused some major concern. Yet, while people within the market are still incredibly enthusiastic about the overall worth of Bitcoin and other cryptocurrencies, it doesn’t seem as if people investing in the gold and silver market are being affected very much.

While there are reports from years past that described investors rushing to pawn shops to sell off their American Golden Eagle coins so they could purchase quantities of Bitcoin while it was increasing, this isn’t true for the large majority of investors. So, while Bitcoin was, and still is, referred to as “digital gold,” this isn’t true.

Is it true that gold and silver prices can be affected by Bitcoin and other cryptocurrencies? Yes, slightly. But there are still issues with the cryptocurrency market that have yet to be addressed, which means that it will not be a replacement for either precious metal. Market-wide pricing, security risks, and customer protection are issues that most cryptocurrency companies have yet to properly take care of. While they might make claims of overall security for investors, this has been shown to be untrue. So, while people investing in cryptocurrencies might make the statement that Bitcoin is replacing gold and silver, this is a comment with no validity.

The particular reason for this differentiation is that people interested in buying Bitcoin are not the same people investing in silver and gold. While there might be some overlaps between communities, they are separate for the most part—physical gold and silver buyers are not interested in cryptocurrencies as an asset, while those purchasing Bitcoin are not also buying physical gold. For this reason, it can be said that the gold and silver prices are not being affected by Bitcoin, but they are being affected by the supply of paper gold issued by the Comex. Thus, it is not Bitcoin that is having a direct effect on the price of gold and silver but Comex futures.

In the end, there are numerous ways in which Bitcoin might have a slight effect on gold and silver prices, but it is never one that is cause for drastic shifts in the value of precious metals. As a new market, Bitcoin and cryptocurrencies are still fighting to garner validity, and their future position within the market is unknown. However, we do know the value of both silver and gold bullion, and we don’t expect to see any drastic changes for these precious metals in the years to come.