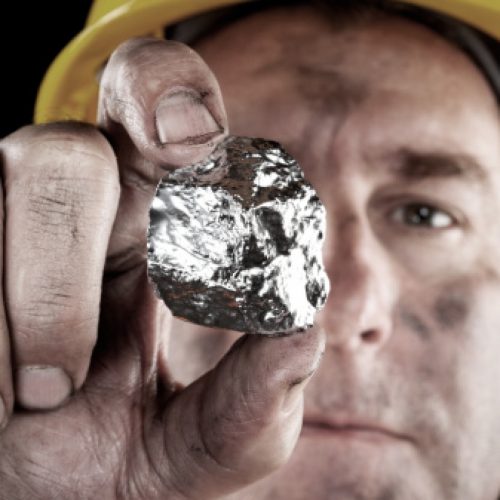 The year is 1857. The setting – a lonely mountain peak in Nevada’s Virginia Range. A sheepherder and prospector by the name of Henry Comstock investigates a large deposit two brothers, Evan and Hosea Grosh, had recently discovered before their untimely deaths. After a few months of unsuccessful digging, Comstock (or familiarly known as “Old Pancake”) finally sells the land and moves to Oregon, dying a poor and unhappy man.

However, much to Comstock’s distress, the deposit that came to bear his name would become the richest silver lode on U.S. soil and one of the most important mining discoveries in American history.

Thanks to the Comstock Lode and the interest it sparked around the nation as a result of the substantial fortunes it generated for those silver miners who were lucky enough to lay a claim, mining technology and innovation took a huge leap forward during this time. Advancements in processes and technology were made that would change mining forever – particularly square set timbering and the Washoe process.

Tunneling underground was the only way to reach metal hidden under the surface; however, deadly cave-ins were a frequent problem, especially in the Comstock Lode’s soft ore. This problem was finally solved by German mining engineer Philip Deidesheimer upon his visit to the Nevada mines in 1860. Deidesheimer devised a system, now referred to as square set timbering, in which heavy timber “cubes” were used to support underground mining tunnels and shafts. This system has saved countless lives of miners ever since.

The second major Comstock innovation came in the form of a new smelting technique known as the Washoe process. Back then, American miners knew very little about silver mining, so they borrowed a process of amalgamation from the Germans (called the Freiberg process). However, the German process was too slow for the Comstock mines, so Almarin B. Paul and other American miners replaced copper pans with steam-heated iron pans, which cut the patio process down from weeks to a matter of hours. This new process was given the early Native American name for the valley – Washoe.

In all, roughly 7 million tons of ore were extracted from the Comstock Lode between 1860 and 1880, producing $320,000,000 worth of silver and gold. That figure is staggering even now, let alone back then!

Here are some other interesting historical facts about the Comstock Lode:

Silver is as highly valuable now as it was back then. Provident Metals offers investors huge savings and excellent customer service when buying premium silver bullion coins & bars, including Mint American Silver Eagles, private mint silver and thousands of other silver bullion products. Check out our online silver store today to grow your own silver collection.