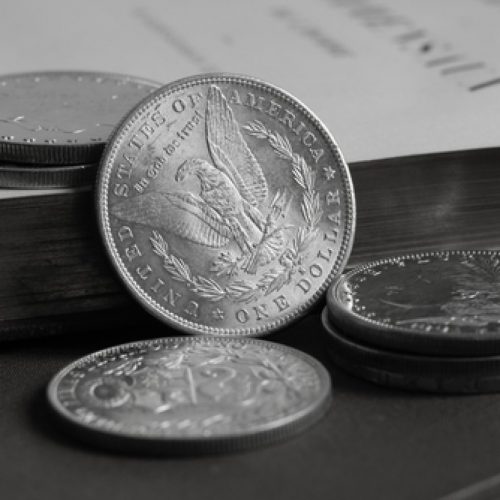 Although their popular circulation stopped in the 1970s due to the United States’ transition to paper currency, the silver dollar was once the standard currency in the U.S. First minted in 1794, the silver dollar has a rich history that spans the length of America’s lifetime.

While no longer minted, this coin still has an intrinsic value that continues today. The reason being is that the value of silver, while no longer the standard, is still increasing with time. As of today, the silver spot price—the market price of one ounce of silver—currently sits around $15. This is great news for anyone in possession of silver dollars, whether they are considered rare collectibles or nothing more than junk silver.

If you happen to be in possession of a silver dollar, you might be wondering just how much it is worth. For this reason, we will explore the ways in which you, a silver collector, can determine the value of your silver dollars.

Two of the primary ways to determine the value of a silver dollar is its melt value—value determined by the mass of silver contained in the coin itself—and for the rarity of the coin.

The collector’s value is a different story, though, due to the value of the coin being determined by its rarity, not the percentage of pure silver metal it contains. The value of a coin will thus be determined by collectors, often organizations that decide upon the approximate pricing of a coin in excellent condition. If you happen to have a rare coin, or are interested in learning whether or not you have a rare silver dollar in your possession, you should consider taking a look through your collection to see if any of the following coins show up along the way.

Eisenhower Silver Dollar: Only minted from 1971 to 1978, this silver dollar is notable for its low circulation. While the melt value might be rather low—only 40 percent of the coin is silver—a few of the mintings carry some significant value. For instance, the 1972 High-Relief Eisenhower has a value that hovers around $100 per coin.

1870-S Seated Liberty Silver Dollar: Designed by Christian Gobrecht, the Seated Liberty series was the last silver coinage series minted before the Coinage Act of 1873, making these silver dollars both extremely rare and highly valuable. The 1870-S is the most rare of the series, though, as there were only 15 of these that were ever minted. For this reason, you can expect to fetch almost $2.5 million if you are lucky enough to have one of these rare silver dollars in your collection.

1794 Flowing Hair Silver Dollar: Believed to be the first silver dollar minted in the United States, this coin is one of the rarest that U.S. collectors search for. Evaluations state that just one of these coins could sell for as much as $10 million.

Peace Silver Dollar: Minted from 1921 to 1935, only a million of these Philadelphia-based silver dollars were ever released into circulation. The 1928 Peace Silver Dollar can be expected to fetch close to $400, as there are only a few hundred thousand of these coins believed to still remain in the U.S. 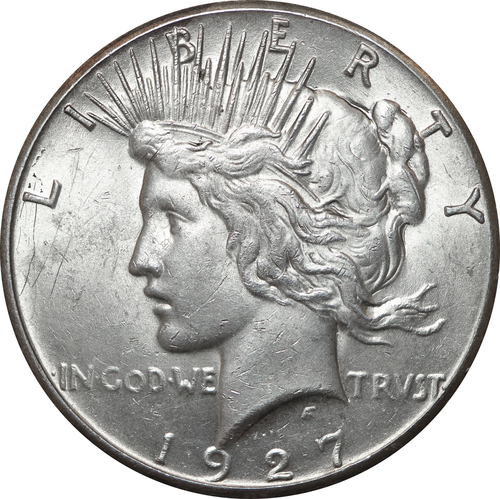 At Provident Metals, we know the excitement that is felt when finding a silver dollar that is in fine condition, as the history and value they contain make for a fascinating story. With enough searching, we’re certain you’ll be able to amass your collection, making great investments and imprinting wonderful memories along the way. Check out our inventory of Silver Dollars to find one that’s right for you!