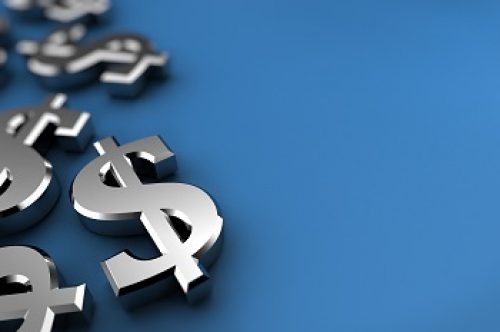 The CFTC’s Division of Enforcement, which spent an astounding 7000 hours investigating claims of market manipulation, explained in a press release on September 25 that “there is no viable basis to bring an enforcement action with respect to any firm or its employees related to our investigation of silver markets.”

In the press release announcing the decision, the CFTC explained that the staff analyzed mountains of position and transaction data, along with interviewing witnesses.

The agency also explained that in order to mount a successful manipulation case, it would have to prove intent, while pointing to an actual trade.

Although the 2010 Dodd-Frank financial reforms granted more power to crack down on fraudulent trading, the bar on proving market manipulation is still quite high.

The CFTC investigation began in 2008 following numerous complaints that silver futures contracts on the COMEX exchange were being manipulated.

The complaints — many of which were directed toward JP Morgan — centered on differences between the price of silver futures and physical products like silver coins, jewelry and so on. Many assumed that since the price of physical silver increased, so should the price of futures contracts.

In addition to these discrepancies, many veteran silver bugs were alarmed by the huge number of “short” positions in the silver market. A short position is essentially a bet that a particular commodity or stock will go down.

Many of the complaints received by the CFTC claimed that the large amount of short positions in the silver market were suppressing prices.

The investigation took on a sense of urgency in 2011, when silver prices doubled and nearly topped $50, and then dropped nearly 30% in just five days. This gyration evoked memories of the infamous Hunt Brothers silver short squeeze of the late ‘70s and early ‘80s.

So There’s No Manipulation Going On. Right?

Well…not so fast, explains the Gold Anti-Trust Action Committee. The committee was formed in 1998 to shed light on alleged gold market manipulation by central banks and other large financial institutions.

GATA also claims that the amount of gold held and traded by central banks and other large market players has been significantly overstated for nearly two decades — at least.

The group watched the CFTC investigation closely, and even testified at a hearing in March 2010.

GATA’s co-founder Chris Powell believes, as many other gold and silver observers do, that the investigation was closed because the manipulation is actually government policy being carried out by intermediaries like JP Morgan.

And the CFTC cannot levy charges against its own government.

In an interview with King World News, Powell explains how the Gold Exchange Act of 1934 allows the U.S. government to rig any market through the Exchange Stabilization Fund.

Powell cites a lawsuit from 2001 in which a U.S. government lawyer declared in open-court that “rigging the gold market as government policy is totally authorized by law.”

Powell goes on to explain that the CFTC cannot bring an ordinary securities law case in this situation since the Gold Reserve Act, along with powers granted to the Exchange Stabilization Fund, trumps the securities laws.

Powell and other market observers like Zero Hedge cite trading charts that show how, at specific times, silver would be crushed at an abnormal, and alarming rate.

The trades would happen in just seconds, even milliseconds. Zero Hedge compares this algorithm to the “whack-a-mole” game many of us remember from our younger days.

In the end, one thing is clear. No charges will be brought against JP Morgan and other market players.

We’re certainly disappointed in this news, especially considering the inordinate amount of short positions in the silver market.

We understand that central banks have a vested interest in suppressing metals prices. If they were to skyrocket, it would be a signal that the U.S. monetary system is crumbling.

What Do You Think?

Are silver markets being manipulated by big banks and the Fed?

If so, how long do you think it can last?