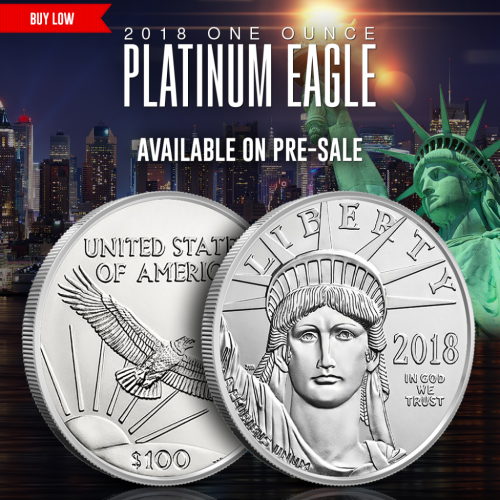 Whereas Gold Eagles are struck and sold continuously throughout the year, the U.S. Mint has a history of releasing Platinum Eagles in a few limited spurts. In fact, in years like 2017, just one batch was issued. This often means that Platinum Eagles are relatively available for a short period of time, but then vanish from the marketplace. This phenomenon took place in 2017 and, by all indications, the same situation will arise in 2018 too. Premiums tend to be lowest immediately after release, but gradually climb as supplies dwindle.

Last year, the final 2017 Platinum Eagle mintage settled at just 20,000 pieces. We have no concrete data on how many coins will be made this year, but we predict the final output to be similar. Physical platinum remains extremely scarce and the Eagles mintage might be limited by the amount of raw metal. Many of our industry sources report that large quantities of low-cost platinum are virtually impossible to find nowadays.

In terms of design, the 2018 Platinum Eagle will look identical to its 2017 predecessor. Other than a different date, the coins will be essentially the same. The attractive motif of the Statue of Liberty on the obverse and a soaring eagle on the reverse will go unmodified. As usual, the Platinum Eagle will have a purity of 0.9995+ fineness. Only the one ounce version will be made; the fractional sizes remain on hiatus (and have not been issued since 2008). 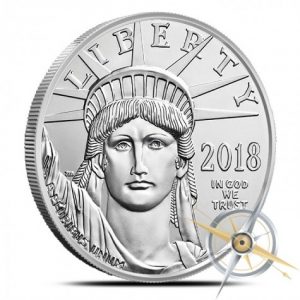 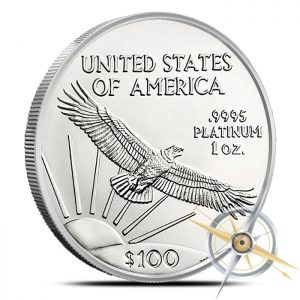 Although the Platinum Eagle is one of the most popular ways to own this rare metal, investors have other options too. For 2018, three different sovereign-minted platinum coins are available too:

For those wanting to own platinum at the absolute lowest premium, bars might represent the best option. Name brand bars, like those made by PAMP and Valcambi, are available for a lower cost per ounce compared to government-issued bars. An even cheaper option: random 1 oz bars. These may be out of their plastic packaging and exact brands will vary, but all are .9995+ fine and made by respected refineries. If your goal is to pick up platinum at the most cost-effective rate, this option may be your best choice.

Regardless of which platinum coin or bar is your favorite, Provident offers you one of the industry’s best selections. This includes the 2018 Platinum Eagle, which is available for pre-order today! Be sure to lock in your place at the head of the line and take advantage of low introductory premiums. If this year is anything like last year, prices will march upward as supplies run low!