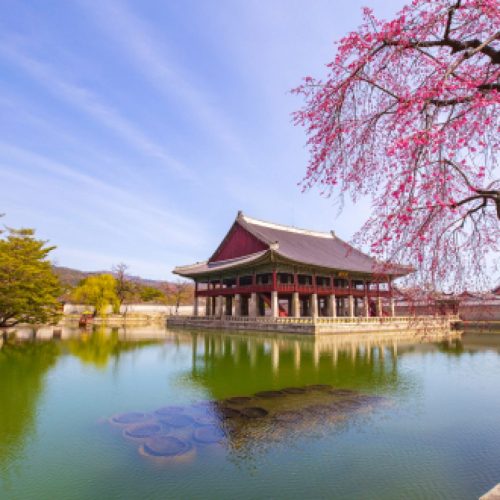 With so many minted coins now circulating on the market, it should come as no surprise that there might be some overlooked coins along the way. Wading through all of the coins currently in production is a Herculean task, and that’s why we’re here to help guide you toward some of the most interesting coins currently being minted. For this reason, we’d love to direct your attention to the 2019 Silver Chiwoo Coin!  Produced by the Korean Minting and Security Printing Corporation (KOMSCO), the sovereign mint of South Korea, the Chiwoo Coin series was first instated in 2016 with a gold and silver medallion. The Chiwoo series was created by the KOMSCO to honor the long-told story of Chiwoo Cheonwang.

Chiwoo Cheonwang (historically referred to as Chiyou within Chinese mythology) is known as the God of War by many, as a valiant leader who led his men through treacherous battles up until their last. History tells of a great battle that took place originally between the Yan emperor and Chiwoo’s Nine Li tribes. Chiwoo’s men fought valiantly, fighting off the Yan men until escape was their only remaining option.

Yan led his men to the land of Zhuolu, where they were met by the Yellow Emperor. With no other options available, Yan pleaded with the Yellow Emperor to provide him with forces so they might overtake the powerful Chiwoo and his unrelenting men. The Yellow Emperor took it upon himself to enter into battle with Chiwoo’s forces, seeking to settle the score himself.

The two men and their armies entered into battle during this time, fighting in the land of Zhuolu, partaking in a war that would last ten years, during which Chiwoo’s forces had the upper hand. As a means of bringing the battle to its end, Chiwoo used his mythological powers to breathe out a fog which obscured the sky, leaving the Yellow Emperor’s men seemingly helpless.

When Chiwoo attempted to create a heavier storm, one that would certainly ruin the Yellow Emperor’s forces, he was stalled: the Yellow Emperor conjured up the mythic drought demon, Nüba, who cleared the battlefields of all hindrance. The Yellow Emperor’s men felt a sudden surge and were able to overtake Chiwoo and his men, bringing this decade-long battle and Chiwoo’s power to an end. Some say the sky rained blood for weeks following Chiwoo’s defeat.

One of the most exciting things about this coin is the lore engraved into it. That’s not the work of the KOMSCO, but of Chinese and Korean mythology. This is a person who has become a god, someone larger than life itself, to whom we look up and reminiscence about and think of the triumphs that have taken place through human conquest while also remembering the fallen who have paid the price for our growth along the way.

This story is as much about the cultural significance of Chiwoo as of the man himself. The mark he left on history and the stories passed down have created a myth on which Chinese and Korean cultures have placed a great deal of weight. To see that history presented in such a simplistic, silver-minted format is breathtaking. This limited series silver coin is another way Chiwoo can raise the blade against his enemies once more.

This beautifully crafted silver medallion features significant, unique designs on both its obverse and reverse. The medallion’s obverse is similar to most years past, where Chiwoo Cheonwang is wielding a shield with an image of Do ggae bi, a creature believed to dissuade evil spirits—an image often displayed in Korean homes as a means of protecting themselves from unwelcome spirits. The coin features other engravings, including the presentation of the “REPUBLIC OF KOREA,” “1 Clay,” and “2019 FINE SILVER 999.”

The reverse of the coin features Chiwoo standing tall, ready for battle in his full military regalia, gazing out before the battlefield beneath him, scanning the ramparts left behind by battles of his past. The shield he wields features the image of the Do ggae bi; in his other hand, he wields his long sword. This fine silver coin would make for a wonderful addition to any collection, whether it is part of an investment portfolio or part of an international collection series.