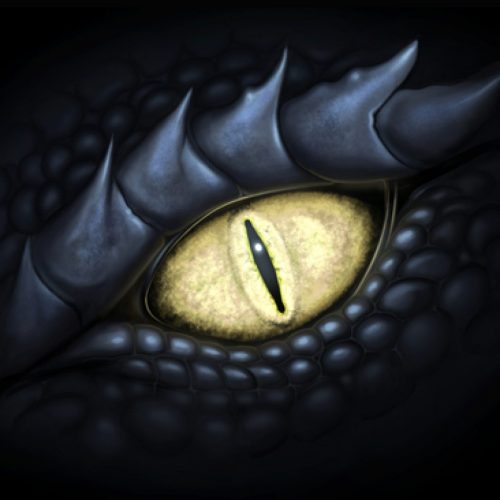 From Game of Thrones to Lord of the Rings, to How to Train Your Dragon, dragons have overtaken modern popular culture, showing their power as figures of strength, valor, and virulent emotion. While this might feel like a new arrival to the popular culture landscape, it isn’t the first time dragons have taken over the imagination of humans.

Dragons have been found in numerous cultures around the world, from Welsh to Chinese, and the stories surrounding these mythic creatures span many characteristics, from the ravaging pillager to the giant beast hoarding its mounds of gold up between the mountain tops. European mythology often saw dragons as the boundless evil archetypes—destroying cities and civilizations to acquire their riches. In Asian mythology, dragons were an extension of the moralistic story being told, being either marauding or benevolent creatures.

To coin collectors that are as interested in the mythology of dragons as they are of the quality and design of their numismatic coins, it is time to rejoice: Our World of Dragons coins have been regularly released to offer unique, high-quality designs of dragons as depicted across time. For these coin collectors, or any close friends or family members obsessed with dragons and their cultures of reference, here are four must-have dragon coins from our World Of Dragons series that will make for notable additions to your coin collection.

Part of our World of Dragons series, this dragon coin—the fourth release of the 6-design series—celebrates the classical Norse Dragon. Part dragon, part serpent, Nidhogg was an atrocious beast that terrified those within the Norse countries. The telling of his coming would describe Nidhogg as a large beast, his body covered in bright scales, his feet exuding knifelike claws, massive bat-like wings jutting out from his sides, and large, sharpened horns erupting from his head. Birthed from the darkest depths of the underworld, Nidhogg lived beneath civilization, gnawing at the sacred tree of life (Yggdrasil), which held the Nordic cosmos together. Nidhogg has appeared in numerous forms of recent culture, from World of Warcraft to the Marvel Cinematic Universe.

Depicting the revered Chinese dragon and flaming pearl—two of the most significant symbols representing Chinese culture—this coin is a symbol of China’s great, longstanding history. While China’s culture has gone through numerous iterations, the importance of both the double dragon and the flaming pearl still ring true: The double dragon symbolizes the great strength of China’s history, from its power to the luck of its people; the flaming pearl is representative of the strength of their wit and beliefs, from wisdom to prosperity. Together, bound in gold, the two dragons pursuing the flaming pearl signify China’s continued grasp for cultural wisdom and immortality.

Produced by Australia’s Perth Mint, this Silver Dragon Bar is similar to the depiction found on the 1-oz gold double dragon coin. While the design emblazoned on the coin is very different from that of the double dragon coin, this Silver Dragon Bar still depicts two of China’s most fundamental cultural symbols: the revered Chinese dragon and the flaming pearl. As an exciting finish, the obverse of the coin features Jody Clark’s portrait of Queen Elizabeth II, making for an interesting combination of cultures.

Produced by the Royal Mint, this silver coin depicts one of England’s most enduring tales, making for a noteworthy addition to our dragon coin collection. While the obverse of the coin features Jody Clark’s portrait of Queen Elizabeth II, the exciting design is found on the reverse, where Etienne Milner has depicted St. George valiantly slaying a great dragon to save the Swedish princess. St. George’s white stallion rears up and away from the dragon, while his rider heroically pierces his spear into the dragon’s neck. As a symbol of English heroism and canonical significance, this coin is especially significant.

If any of the dragon coins from our World of Dragons series and other captivating mints have captured your attention, you should consider giving them a closer look. If you have any questions about upcoming designs to be found in our series, consider reaching out to one of our representatives to discuss what to expect.