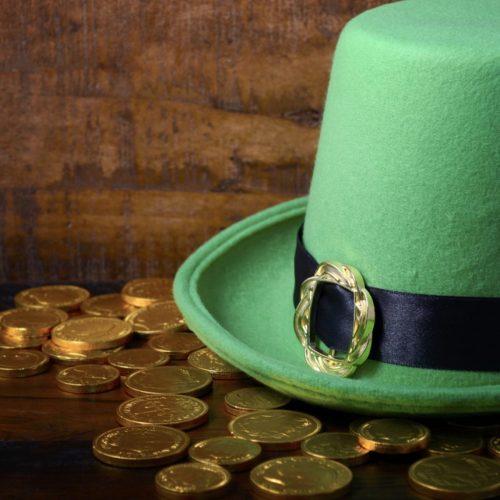 With St. Patrick’s Day just around the corner, people will soon be celebrating by wearing green clothing and enjoying some cold beer. The leprechaun—easily recognizable for its small stature, green suit, buckled shoes, red beard, and derby hat—has become the icon of the holiday. But where did leprechaun lore begin?

Eighth-century Irish folklore portrayed leprechauns as mischievous fairies. The name leprechaun is thought to come from either “luchorpan,” meaning small body, or “leath bhrogan,” meaning shoemaker. The legends of these creatures depict them as cobblers. Yet, each leprechaun was said to have his own pot of gold, often found at the end of a rainbow.

Despite their humble careers, leprechauns were believed to be tricksters who could not be trusted. Legend tells that any person lucky enough to spot and catch a leprechaun could offer him freedom in return for his gold. But leprechauns were deceptive by nature and arranging a deal with one could be risky.

While leprechauns of Irish myth originally wore the color red and a tri-colored hat, their image has changed over the centuries into the small green-clad men we’re familiar with today. One thing that hasn’t changed is that is has always been considered good luck to find a leprechaun, though the original legends tell of the creatures luring humans away for good with the promise of treasure.

Mischievous nature aside, leprechauns are said to be merrymakers who enjoy dancing and drinking. This more closely ties into modern celebrations of St. Patrick’s Day. Want to try your luck at winning a bit of your own treasure? 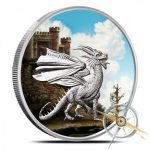 You can enter our giveaway simply by telling us one reason you feel lucky. Commenting below will serve as your entry for our March giveaway. But remember to keep it classy; inappropriate comments will be deleted and disqualified. Submit your comment (one comment only please) by March 25, 2018. One winner will be randomly selected on March 26, 2018 to receive a Welsh Red Dragon 1 oz colorized silver round from the Celtic Lore series.

May the luck of the Irish be with you!