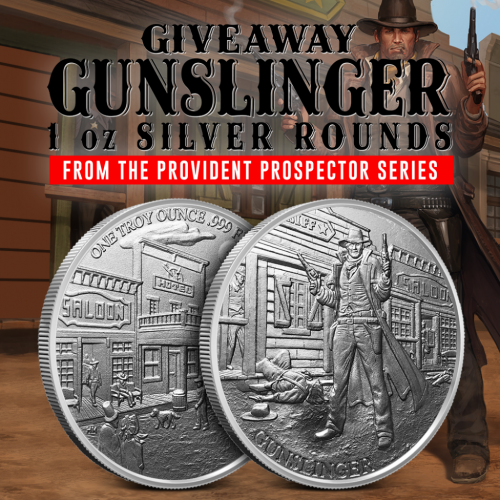 Everyone knows the scene…a lone, rugged cowboy trudges across a dirt road with a pistol or two strapped into a beaten leather holster riding low at his waist. The image of a western gunslinger is popular in the media, but did you know that it was predominately created by the media? The Hollywood version of a gunslinger is vastly different from what we know to be historically correct.

During the 19th century, America was expanding and industry was growing along with it. It was a time of much chaos, since law enforcement couldn’t keep up. US marshals and county sheriffs faced the challenge of watching their territories expand beyond reason. There was too much ground to cover and not enough law enforcement officials for the job. Outlaws and bandits could easily outrun law enforcers by crossing state lines, and jails were often corrupt and easy to escape.

Authorities began offering rewards for those who brought in wanted outlaws, dead or alive. This created the rise of the hired gun, or bounty hunter. And because they would receive a reward on a “dead or alive” basis, many bounty hunters would kill their targets to minimize the danger involved. Then they would deliver the body and collect the reward.

Being a sheriff, marshal, or hired gun meant that you were skilled with a firearm and prepared to face hardened criminals. Not everyone was up for the job. This meant that many individuals who had been hired guns were hired as law enforcement officers due to their fearsome reputation. It was common for a town sheriff and a gunslinger to be one in the same, though perhaps at different times throughout their lives. These gunslingers were also hired by businesses and individuals to protect shipments, guard cattle, and any number of additional jobs that required their expertise.

This historic notion of a gunslinger paints a picture quite different from the quick-draw pistol duels you’re used to seeing in front of dusty saloons. In fact, anything resembling a European duel was extremely rare in the American west. The term gunslinger wasn’t even used back then; rather, it was a Hollywood creation that emerged in 1920. Hired guns of the time instead referred to themselves as gunmen, shootists, or pistoleers. And most of these men favored short-barreled shotguns or rifles over pistols, because the first two options offered more accuracy than handheld pistols. As outlaw Wyatt Earp said, “Fast is fine. Accurate is final.” 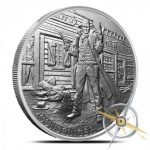 Tell us about your favorite film, book, or TV series depicting the Wild West. Commenting below will serve as your entry for our May giveaway. But remember to keep it classy; inappropriate comments will be deleted and disqualified. Submit your comment (one comment only please) by May 20, 2018. One winner will be randomly selected on May 21, 2018 to receive a Gunslinger 1 oz silver round from our exclusive Prospector series.