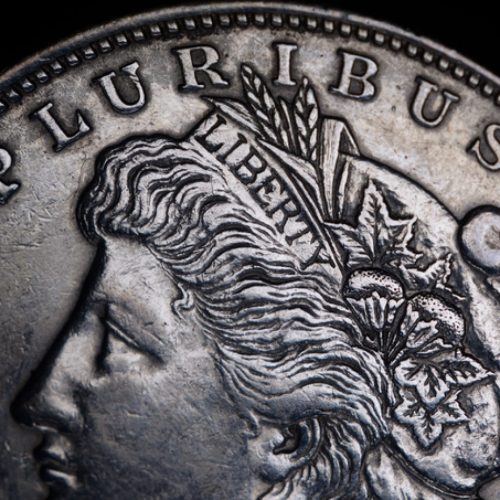 At Provident Metals, we feature a coin each month that deserves serious attention. This month, it is with pride that we discuss the rich history of the 1921 US Morgan Silver Dollar. A coin that is well known among professionals and hobbyists, this 1921 silver dollar is probably one of the most storied coins in American history. Let’s take a closer look at what makes this particular 1921 silver dollar so special and why it deserves the spotlight.

Silver coinage has had an interesting history within the U.S. Various coins were used in the early days of the United States, with people relying on whatever coins they could get their hands on. It wasn’t until the passage of the 1792 Mint Act that the U.S. began minting its own coinage. The set location would be in Philadelphia, and the highest denomination would be the silver dollar.

Due to the coin being exported, since it was considered cheap in comparison to most other European denominations, the production of silver dollars was halted in 1804. However, they were reinstated in 1836, with them beginning to enter circulation in the U.S. by the 1840s. Yet, once again, this would be reversed, as the Coinage Act of 1873 eliminated the silver dollar from U.S. coinage.

People were suspicious of the reasons for this, due to silver being found in abundance around the U.S., especially in places such as the Comstock Lode. What came to be known as the “Crime of 1873” would soon be reversed, though, with Representative Richard P. Bland and Senator William B. Allison writing the Bland-Allison Act (1878), which restored silver as legal tender once again.

During this time, the U.S. was looking for a way to begin melting off the large quantity of silver stored in previous years, and they wanted an updated design to show off the reinstatement of silver dollar coins. It was at this time that they reached out to Englishman George T. Morgan, who had been working at the Royal Mint prior to 1876. Morgan was asked to work for the U.S. Mint in Philadelphia, where he would be tasked with designing the new silver dollar. Morgan tinkered around with a few different designs during his time, eventually using local school teacher Anna Williams as a model for his engraving of Lady Liberty. This engraving would be the one eventually used on his coins.

Following the Bland-Allison Act, Morgan Silver Dollars began being printed in 1878, and this continued until 1904. These beautiful coins were abundant in circulation throughout the west, but the nullification of the Comstock Lode supply of silver made it impossible for mints to continue producing them, bringing their run to an end. Since that time, the U.S. has gone through various periods of collecting and melting down silver coins, from the 1918 Pittman Act to the Wartime Silver Act of 1942. Due to the increasing melting of silver and the Morgan Silver Dollars production meeting its demise in 1904, these coins have become very rare, making them one of the most popular and highly sought-after coins. Excitingly enough, the coin was minted once again during the year of 1921, making its reprisal something to cheer about. These coins still exist today and are pieces of history that remind us of engravings past.

If you’re looking for a coin to spruce up your collection or seeking out a gift for a coin collecting friend, or you simply want to hold onto a coin with a rich, yet fraught, American history, this 1921 silver dollar is the choice for you! Considering taking a closer look? Be sure to take a look at this metal of the month, along with coins from months past.