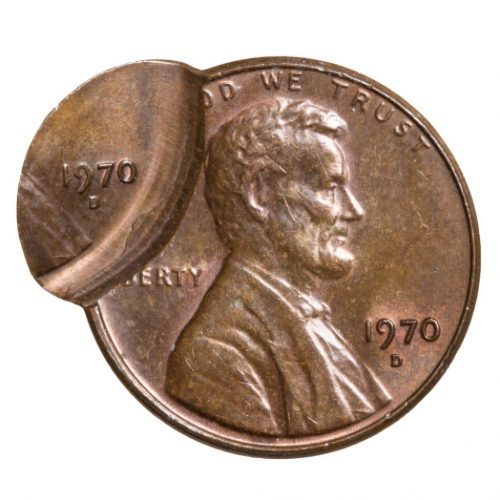 Take a handful of quarters, dimes, nickels and pennies out of your change jar and, if you inspect each coin closely, you might find one with a small error. Maybe the coin has an off-center strike, was struck twice or is missing a key design element. When a mint makes a mistake such as this, we refer to it as a mint-made error. The goal of the mint is of course to make perfectly uniform change, but as coin collectors, we can’t help but get excited when something’s not quite perfect. Occasionally, error coins become collectible coins, and they are always fascinating to numismatic-lovers.

Generally speaking, error coins occur due to a malfunction in the minting equipment or because something gets offset. Some of the more common coin errors include issues with striking, such as off-center strikes or multiple strikes, and brockages, which happen when a coin gets stuck in the press. The major mints do also have error-prevention equipment, including riddling devices, which help to prevent misprinted coins from leaving the mint. Still, mistakes happen and, on occasion, the results make it out the mint doors.

What Happens to Error Coins?

There’s no way of knowing how common mint-made errors are, as the mint does not report the data, but we do know that it’s relatively easy to find errors in modern currency. How do we know? Because error coins are sometimes put into circulation for us to find. Here are some of the things that might happen to a mistake coin once it’s identified as such. 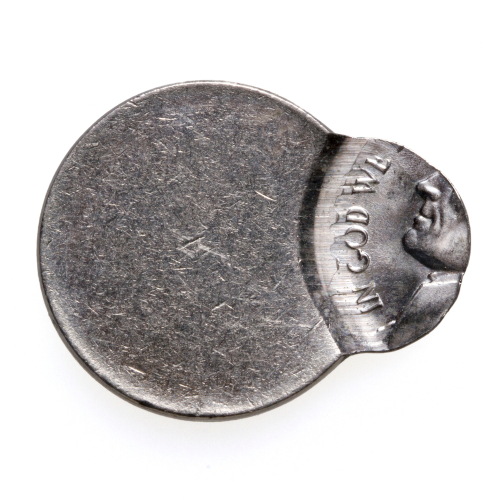 Mint-made errors are often considered happy accidents to coin collectors. Though coins come out imperfect relatively often, there are some mint-made mistakes that can cause average coinage to become rare, sought-after and therefore valuable. The following are some of the more valuable imperfect coins, but there are many more good examples:

If you can get your hands on some of these “happy accident” coins, you might be in luck! Consider this: In 2010, an error coin—the 1943 D Bronze Cent, famed for the fact that it was mistakenly struck on bronze planchets—sold for $1.7 million. Talk about an investment!

Provident Metals is your one-stop shop for all things numismatics, whether you’re looking for investment-grade bullion coins or one-of-a-kind rarities that will complete your collection.