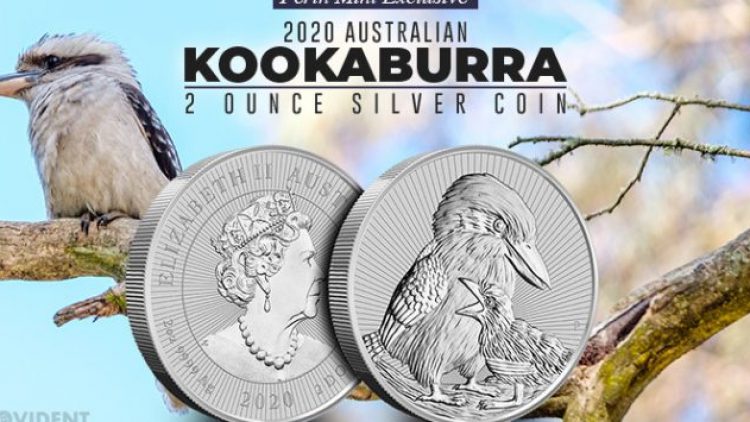 The Perth Mint is famous for the production of its annual-release silver bullion coins, of which the Australian Kookaburra Silver Coin is the leader of the pack. Introduced in 1990, the Kookaburra Series has offered investors and collectors beautiful images of the largest member of the kingfisher species on high-quality silver bullion coins. Now, the Kookaburra design is available to you in a format you’ve not seen it on before, and the reputation of the series so far suggests the new Kookaburra Mother and Baby Design will move as quickly as its predecessors. Now is your chance to capture the third design of the Next Generation Series at the Perth Mint. 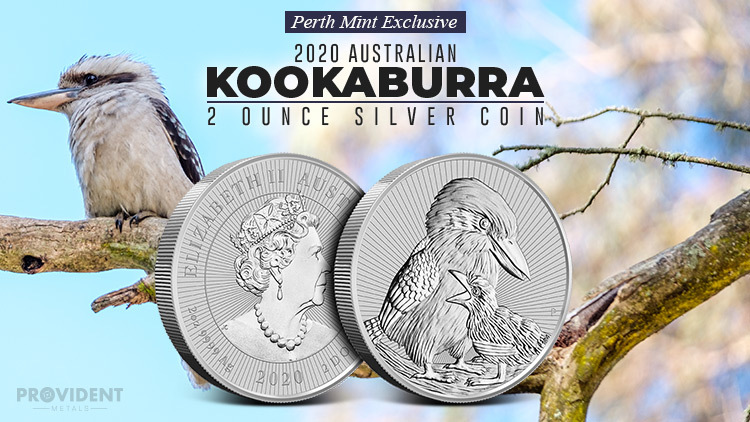 The Next Generation Series of 2 oz silver bullion coins from the Perth Mint debuted in 2018 with the image of the lovable koala marsupial. As the name of the collection suggests, each coin design showcases the love and compassion one generation shows to the next in raising it. Each coin in this collection depicts an adult female of a species with its young baby, be that a marsupial, reptile, or avian.

Moreover, the Next Generation Series is a unique “piedfort” style coin. There are many interpretations for this term, but most boil down to “heavy foot” or “double strike.” In either case, it refers to the fact that these 2 oz silver bullion coins are struck on blanks with a diameter more traditional to 1 oz silver coins. The result is a coin that is twice as thick as your average 1 oz silver bullion coins while still retaining the same diameter. As such, it is a much thicker coin.

The reverse side of the 2020 Australian Kookaburra Mother and Baby 2 oz Silver Coin features a depiction of an adult female kookaburra with its young chick. The kookaburra is the largest member of the kingfisher species and can be found throughout the Australian continent. In this design, both of the birds are shown on the perch of a tree branch standing close together. As the mother leans its beak down towards its young baby, the chick opens its mouth and squawks at its mom, no doubt indicating its hunger. The two birds are featured with a background field that consists of radiating sun rays and the only marking on this face is the “P” mint mark of the Perth Mint.

On the obverse face of 2020 Australian Kookaburra Mother and Baby 2 oz Silver Coins is the effigy of Queen Elizabeth II currently in use on Australian coins. This design was adopted in 2018 on most Australian coins and is a modification of Jody Clark’s 2015 design for the Royal Mint of England. It is the first design for Australian denominations since 1966 to include the Queen’s shoulders in the design. In this image, the Queen is aged 89 and wears the George IV State Diadem Crown. Inscriptions include “Elizabeth II,” “Australia,” “2 oz 9999 Ag.,” “2020,” and “2 Dollars.” Her Majesty’s effigy is backed by the same radial sunrays you see on the reverse field of the coin.

The 2020 Australian Kookaburra Mother and Baby 2 oz Silver Coin is the third release in the Next Generation Series. It follows the 2018 debut design with the Koala Mother and Baby and the 2019 coin with the Crocodile Mother and Baby. Each release has a limited mintage of just 75,000 silver coins. The 2 oz coins contain .9999 pure silver content and have a face value of $2 (AUD) backed by the Australian government. Individual coins will arrive with a protective plastic flip, while multiples are offered inside of the original mint tube.

History of the Kookaburra at the Perth Mint

Collect Your Kookaburra Mother and Baby While You Can!

The first two designs in the Next Generation Series have already sold out at the mint and are out of stock with Provident Metals. If you want to add the Australian Kookaburra Mother and Baby to your portfolio, you’ll need to act fast. Contact Provident Metals at 800-313-3315 with any questions, chat with us live online, or connect with us via email. You can also follow us on Facebook for regular updates and read our weekly blog for in-depth insight on new releases.