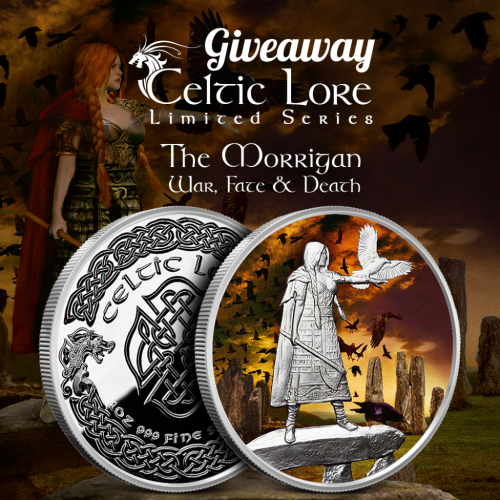 The Celts were once a powerful group of people living in the 1000s BC in an area that spread from the British Isles to what is now Turkey. They were not a nation nor a race; rather, the Celts were a group of people tied together by customs, religion, and language. They had no centralized government, yet Celtic society had a defined structure and each tribe or group had a hierarchy of classes.

Beginning around 225 BC, the Celts began experiencing a series of defeats by the Roman Empire until they were essentially conquered. Only a few areas remained free and were able to pass down Celtic mythology and legend in its traditional oral form. Fortunately, medieval Irish and Welsh monks recorded many of these stories beforehand. It is from these texts, along with retellings as written by the Romans, that we are able to study this lore in modern times.

The early Celts created a mythology comprised of hundreds of tales involving gods, heroes, and villains. A major theme of much of this lore is magic and the supernatural, including the iconic cauldron that is often associated with Merlin. Another major theme involves the physical landscape, with many adventures centering around nature and trees.

Celtic mythology can be broken up into four cycles, or groups of connected stories. The Mythological Cycle details the battles of Celtic gods as they fought to gain control of Ireland. The Ulster Cycle tells of the deeds of Celtic warriors and heroes. The Historical Cycle centers around stories based on real kings of the region. Lastly, the Fenian Cycle centers around a group of warriors led by Finn Mac Cumhail and how they protected the Irish and Scottish lands.

Some of these famed legends are celebrated in Provident’s new Celtic Lore series of silver rounds, featuring five designs by Howard David Johnson. The Morrigan, the second design in the series, was recently released and will remain available while supplies last. But now is your chance to win big! 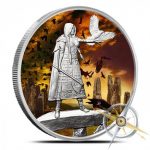 Out of all the legends and mythological tales you’ve heard, which is your favorite? You’re not limited to only Celtic tales here. Commenting below will serve as your entry for our September giveaway. But remember to keep it classy; inappropriate comments will be deleted and disqualified. Submit your comment (one comment only please) by September 17, 2017. One winner will be randomly selected on September 18, 2017 to receive a Morrigan 1 oz colorized silver round from our Celtic Lore series.