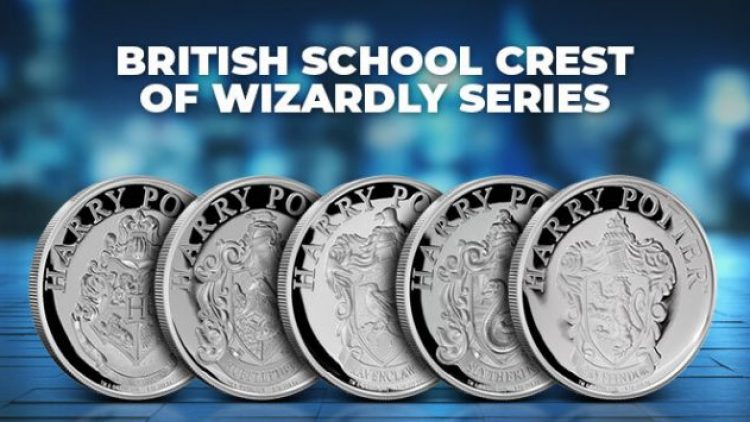 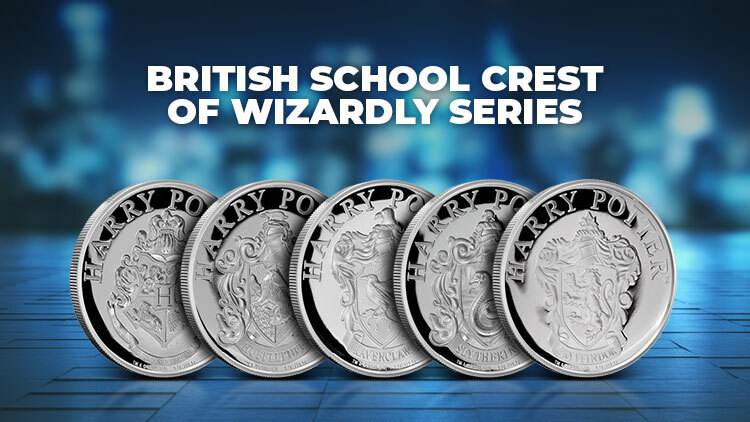 All five coins in the Harry Potter House Crest Series have the same obverse design element. Issued on behalf of Gibraltar, the coins showcase a right-profile portrait of Queen Elizabeth II on the obverse side. The Queen’s effigy depicts the monarch with the George IV State Diadem Crown, a stunning piece from the Crown Jewels that includes 1,333 diamonds in its design that weigh more than 300 karats. Inscriptions on this side of the coin include “Elizabeth II,” “D.G. Regina,” “Gibraltar,” “2020,” and “One Pound.”

Each coin in this series is available with individual packaging. The coins are housed inside of a capsule space in a presentation card. The card has a stand at the back so you can prop up the card to display your new Harry Potter House Crest silver bullion coin. The front face of the cards includes colorized artwork for each of the reverse designs and is aligned with this face of the card. The backside of the card offers the obverse view of the coin along with a Certificate of Authenticity information that includes a unique serial number for each coin.

In total, there are five unique designs offered on the reverse of the Harry Potter House Crest Series of silver bullion coins. These include the overall Hogwarts School of Witchcraft and Wizardry Crest and the four individual houses of Gryffindor, Slytherin, Hufflepuff, and Ravenclaw. The individual designs feature the following elements:

Mintage and Other Details

All of the Harry Potter House Crest Series coins have 9.5 Grams, or .3054 Troy oz, of .999 pure silver. The coins are proof specimens that boast frosted design elements overlaying mirrored background fields. Each of the designs is limited to a total mintage of only 10,000 silver coins. The coins are issued with a face value of 1 Pound sterling (GBP) for the British Overseas Territory of Gibraltar. The small peninsula at the southern edge of the Iberian Peninsula includes the Rock of Gibraltar. The land was ceded to the United Kingdom in 1713 following the War of the Spanish Succession.

Whether you want to showcase your Harry Potter house pride or collect them all, Provident Metals will carry these five coins in the new Harry Potter House Crest Series. Please feel free to reach out to us with questions at 800-313-3315, chat with us live online, or email us directly. We encourage you to follow us on Facebook and read our blog each week for greater detail on new and upcoming coin releases.