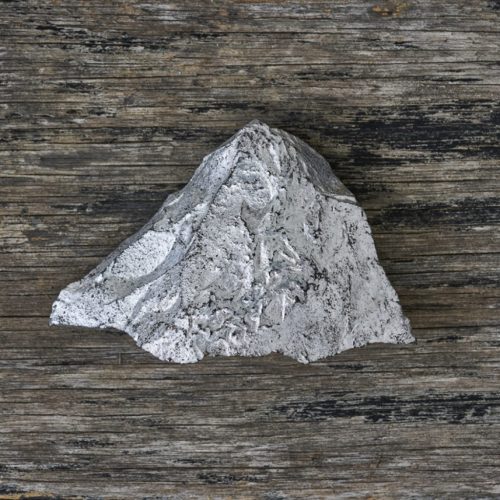 Even though silver coins and rounds are made of a rare metal, they’re still easy to come by through reputable coin dealers like Provident. That’s because mining and refining processes have improved over many centuries. In fact, silver is one of the earliest metals documented in history, discovered in nugget form around 4000 BC. It’s been used as currency by more people than any other metal, including gold. The unique properties of silver make it ideal for industrial use, especially in photography and electronics.

Silver has a rich history in coinage all across the globe, but only a small percentage of the world’s silver is still used for producing coins. Modern US circulation coins are made of an alloy of copper and nickel. However, several sovereign mints still produce silver bullion coins that carry a legal tender value. This is because silver has been a valuable precious metal since its discovery. Fortunately, the process of extracting silver from the ground has come a long way over the years.

An early and inefficient method of obtaining silver, called the “patio process,” was developed in Mexico in the sixteenth century, after Spanish conquistadores discovered silver in the area. It involved mixing silver ore with salt and other mineral compounds, then using tethered mules to churn the mixture. It was followed by the “von Patera process,” which used heat to remove silver chloride from ore.

Silver mining was brought to North America in the eighteenth century where several additional methods of mining were developed. Silver is predominantly found in ores that also contain copper, lead, zinc, and other metals. These ores are drilled out of the ground and loaded onto trucks for transfer to refining facilities.

The method used to extract silver is dependent upon which other types of metals are found within the same ore. Some of these processes involve tactics like heating and smelting, treating with acid, floatation separation, introducing electricity, and several other involved processes.

The extracted pure silver is then ready to ship as a raw material, where it can be used for a number of things from manufacturing electronics to minting bullion products. Let’s examine the process of raw silver becoming bullion coins and rounds.

First, a round’s design must be sculpted and approved by the mint. A pair of master dies are created based on these design sculpts. A die is a hardened piece of steel that contains an inverse version of the design that will be pressed into the coin or round.

Silver “blanks” must also be made before manufacture can begin with these new dies. Many mints receive pre-made blanks from private vendors. They are made by melting and pouring silver into a tube to form a “billet,” which is a cylinder of silver. The billet is put through an extruder to elongate the strips of metal. Then they’re passed through a press that punches the strips into round blanks according to desired weight, such as 1 oz.

Each blank is weighed and cleaned to ensure the quality of the finished product. Once the blanks are ready, they are fed into the equipment that strikes them with the prepared dies. The pressure of the die coming down on the blank creates the exquisite detailing that you’re familiar with in silver coins and rounds. Check out this YouTube video for a closer look at the minting process. 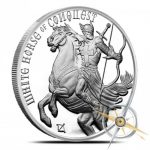 Many mints incorporate an inspection process after striking as a measure of quality control. Then they’re ready to hit the market so consumers like you can enjoy them! It’s a long process from the ground to a finished round, but fortunately, it’s much simpler for you to acquire all the silver rounds your heart desires. To that note, you may wish to check out the White Horse of Conquest silver round, which kicked off our latest original series.

Some people enjoy the history of precious metals, while others prefer focusing on their favorite designs. What’s your favorite part of investing in bullion?