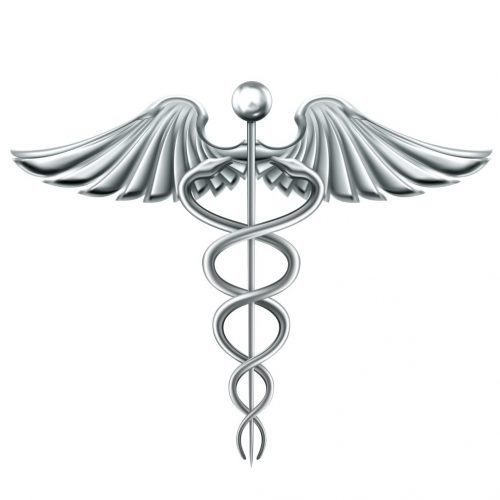 For many centuries, people have been using silver to fight infection and treat illness. Ancient Greeks and Romans discovered that silver had antibiotic, preservative, and restorative properties. Before the birth of modern medicine, people found that bacteria and other disease-causing pathogens could not survive in the presence of silver.

Royal and wealthy families stored water, wine, and food in silver containers to prevent spoiling, along with using silver utensils and dishware to eat. Chinese emperors ate with silver chopsticks. It was common to drop a silver coin into a container of milk before the invention of refrigeration, or suspend silver pieces inside of water tanks.

Silver continued to be used for medicinal purposes over the years and well into the development of modern medicine. In the early 1800s, a French surgeon named Dr. Carl Crede declared that silver nitrate could be used to prevent wound infections and neonatal eye infections.

In the late 1800s, Dr. William Halsted helped usher in the modern era of surgery and pioneered the use of silver wire and silver foil for various types of operations. Silver became the primary antibiotic used in medical practices through the early-1900s. Doctors took to mixing silver solutions, which could be taken orally or injected into patients. Dozens of silver compounds were available on the market to treat every known infectious disease, including the well-known colloidal silver.

The use of silver for medicinal purposes eventually gave way to the development of synthetic pharmaceuticals, especially with the invention of penicillin in 1928. These medicines were easier to make, store, and use. And for some time, they worked effectively.

But as antibiotics and other drugs became the new standard of treatment over the years, antibiotic-resistant strains of bacterial infections began to develop due to the overuse of these drugs. And the infections that could still be killed with antibiotics began needing higher doses of these drugs, which can have negative effects on the human body.

Some medical applications of silver have persisted in modern medicine—particularly the use of a silver-based salve to treat burns and kill infection—and there’s been a recent resurgence in the popularity of colloidal silver due to the rise of antibiotic-resistant bacteria and superbugs. Studies have shown that colloidal silver is highly germicidal, yet harmless to humans when taken in proper doses. Even better, bacteria generally does not develop a resistance to silver like it does with many synthetic antibiotics. Colloidal silver also has an effect against viruses, fungi, and yeasts.

That being said, research into the efficacy of colloidal silver is still lacking, and products on the market vary widely in quality because they’re not regulated like pharmaceuticals. Be sure to talk to your doctor or a healthcare professional if you’re interested in using colloidal silver.

Other health and wellness uses for silver that have survived in modern times include coating water filtration systems in silver or using silver filters/tablets to treat drinking water and swimming pools, electrically charging silver particles to treat water, using silver to sterilize recycled water on spacecraft, and incorporating silver nanoparticles into clothing like socks and sheets to fight bacteria.

The positive effects on human health is just one of the many reasons why silver has retained value for centuries. It’s been used as a form of currency, a popular material for jewelry and luxury items, and a material with an assortment of industrial applications. Additionally, with the unpredictable nature of a paper currency system, it’s prudent to invest in silver bullion and other precious metals to enhance your family’s financial security. A popular choice for silver investors, both new and seasoned, is the American Silver Eagle.

It’s likely that there’s silver in your home, whether you own silver jewelry or formal silverware. You may have even experienced medical treatment involving silver at some point. What’s been the most interesting use for silver that you’ve come across?