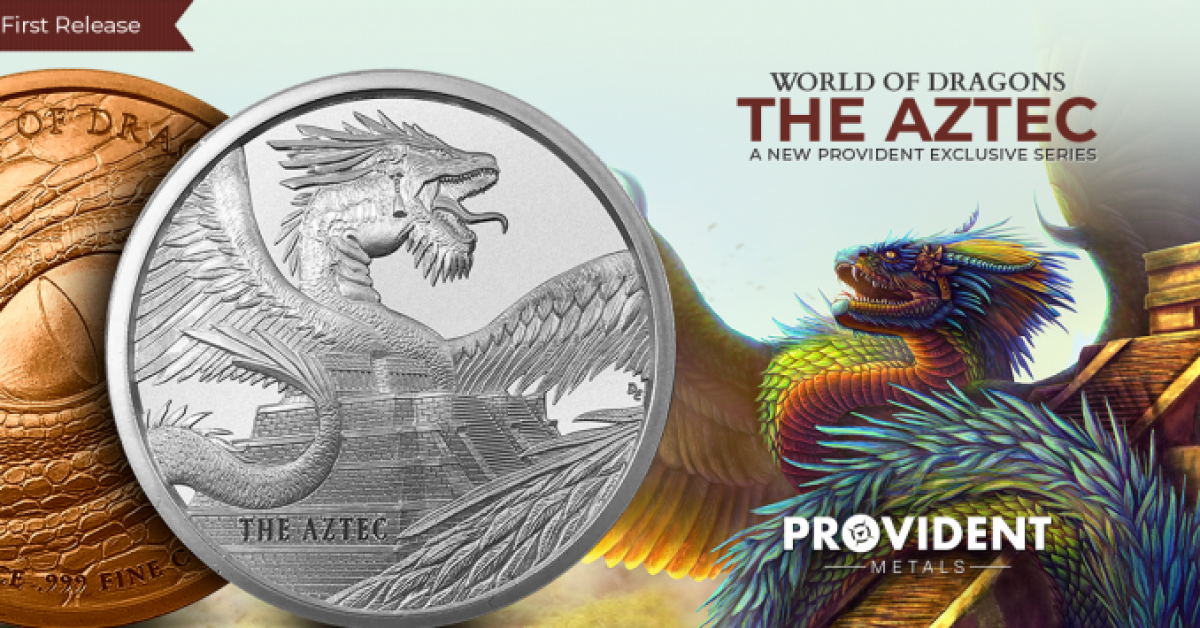 In ancient cultures, stories about gods and goddesses and heroes and monsters were an important part of everyday life. They helped people explain mysterious objects in the sky or make sense of catastrophic weather events. They helped curious ancient souls answer life’s big questions like, “Who created the world?” and “Where do we go when we die?”

Born around the fire and evolved through word of mouth, tales of these creatures and their supernatural powers were told and retold millions of times – from person to person, from trade port to trade port, and from generation to generation – manifesting into a hundred different versions around the world.

The story of the dragon is no different. Almost every culture on earth has its own ancient dragon myth. And we are proud to bring them to life in our EXCLUSIVE World of Dragons series of 1 oz silver and copper rounds! 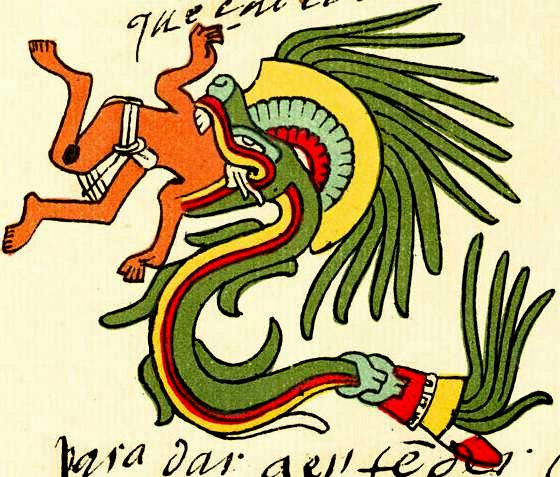 The first design in this exciting 6-design series celebrates one of the earliest recorded dragon myths in history. The Aztec Dragon, or Quetzalcóatl, was one of the most revered gods in ancient Mesoamerica. A powerful combination of bird and rattlesnake, this feathered serpent had its talons in every facet of Aztec culture: He organized the original cosmos and participated in the creation of mankind. He was related to gods of the wind, the rain, and the dawn – life-or-death concerns to a society dependent on agriculture for their survival.

He was the protector of goldsmiths and other craftsmen, and was considered the patron god of learning, science, and the arts. It was believed that he invented books and calendars and was the giver of maize (corn) to the Aztec people. Aztec high priests would even include the name Quetzalcoatl in their titles to denote their high rank. 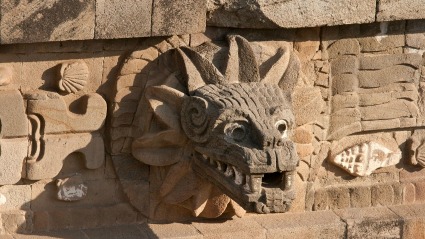 In the 3rd century, the Aztecs built a spiritual temple to Quetzalcoatl called the Temple of the Feathered Serpent. It gets its name from 260 carved Aztec Dragon heads (one for each day of the Aztec ritual calendar) that adorn its sides. Inside, archaeologists have found the skeletal remains of 260 human sacrifices to the deity, corresponding with each day in the ritual calendar. 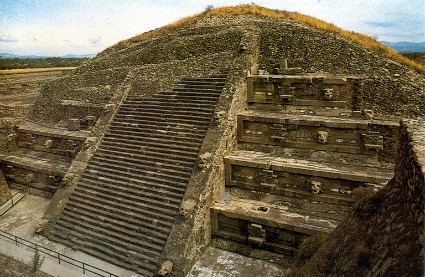 The limited edition Aztec Dragon design is the first in a series of 1 oz silver and copper rounds celebrating the world of dragons. The obverse of the Aztec Dragon round features the fierce Quetzalcoatl ascending from the Temple of the Feathered Serpent. Its feathered wings and serpent tail are poised to take flight to offer protection over the Aztec people. The reverse depicts the powerful reptilian eye of the dragon. Its piercing gaze is surrounded by the inscriptions “World of Dragons” along with the metal content, weight, and purity.

The final mintage on The Aztec, announced February 1, 2019, is 30,000 1 oz silver rounds and 25,000 1 oz copper rounds. If you already own one, good news! We are already seeing robust demand for The Aztec in the secondary market.

World of Dragons rounds are released every three months in limited mintages. Each design will only be minted for  approximately three months. The second release in the series, The Welsh, was released on February 1, 2019. It will be minted until May 2019.  Click the “notify me” button under each design to receive an email for all future releases, so you can be among the first to own each Dragons of the World design!

Previous: Get the latest on the World of Dragons series

Next: The story of The Welsh dragon: The World of Dragons 2nd release