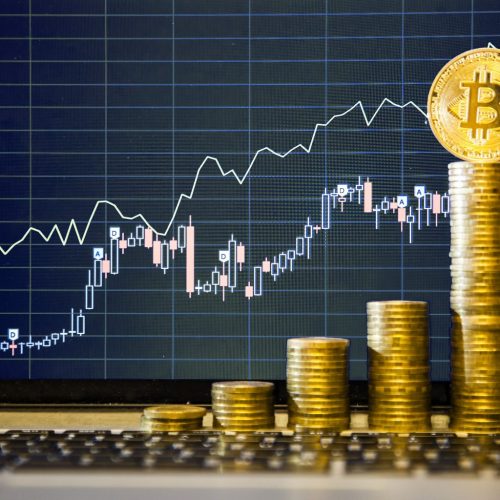 Yesterday, bitcoin hit another record, soaring past the $15,000 mark for the first time. The cryptocurrency has seen a year full of milestones, considering it started 2017 below $1,000. In fact, bitcoin increased by over $3,000 in the past few days alone!

As bitcoin has grown in value, it has also become a more mainstream option for investors. An unprecedented number of people are now getting into the cryptocurrency market. Some businesses are hopping on board the bitcoin train and starting to accept the digital currency as payment, including precious metal bullion dealers like Provident.

We’re living through unique circumstances as the two markets collide. Bitcoin is increasing tremendously, while gold and silver have been dropping in value this week. This leaves room for bitcoin owners to use the currency to buy bullion, garnering them a quality investment at a low price.

Bitcoin is a digital currency that was created in 2009 by an unknown individual using the pseudonym Satoshi Nakamoto. Rather than being issued by central banks, bitcoin units are mined by computers using complex algorithms. The currency was originally viewed as a simple global payment system, but has turned into a financial asset for investors over the years.

Bitcoin payments are made without middlemen like banks, and can be done anonymously. People can buy or sell bitcoins using online exchanges, along with sending bitcoins to each other via a mobile app or computer. Each transaction has a fee and can take longer than most traditional transactions.

Since bitcoin is still rather new, investors and industry professionals have varying opinions on the future of bitcoin’s success. Some think it’s an unstoppable train that has the potential of gaining widespread acceptance, while others think it’s a bubble waiting to pop.

The truth is that no one knows what will happen with bitcoin. It’s sharp winning streak is still going strong, yet it has been met with dips along the way. For instance, bitcoin broke $11,000 for the first time last week, then abruptly fell over $2,000 before resuming its rise.

However, bitcoin is something worth consideration as it picks up steam. Later this month, investors can begin trading bitcoin futures on the Chicago Board Options Exchange and Chicago Mercantile Exchange, with Nasdaq planning to launch bitcoin futures next year. The fact that major US financial institutions are accommodating the cryptocurrency speaks volumes about its legitimacy.

One of the biggest concerns about the growing success of bitcoin is the sheer amount of power that’s required to sustain the bitcoin network. Currently, the annual energy consumption of bitcoin is about 32 terawatts. That’s approximately enough to power three million US households, or the entire country of Denmark. By comparison, processing the billions of Visa transactions that occur annually consumes an amount of energy equivalent to powering 50,000 US households.

The data centers that mine bitcoin guzzle so much energy that scientists are concerned about a slowing effort to transition away from fossil fuels. And bitcoin is only growing. Unless a significant change is made in how bitcoin transactions are processed, the network could be consuming enough energy to power the entire US by 2019.

Are You Using Bitcoin?

Investing is a deeply personal process, and everyone makes choices that are unique to their needs and circumstances. For some, investing in bitcoin is an easy decision; while others may be unsure if bitcoin is right for them. Right now, the bitcoin market is expanding rapidly. Those who invested in bitcoin some time ago may be reaping the benefits of high ROI. But what does the future hold? No one can be certain what will happen with bitcoin as time passes. However, for now, bitcoin seems to be a healthy, growing market that opens new doors to more investors.

Have you invested in bitcoin? We’re interested in hearing about your experiences (if you’re willing to share them). Perhaps you might have some tips or suggestions for fellow Provident customers that you can leave in the comment section below.

As always, we wish you the best of luck in your investing endeavors!