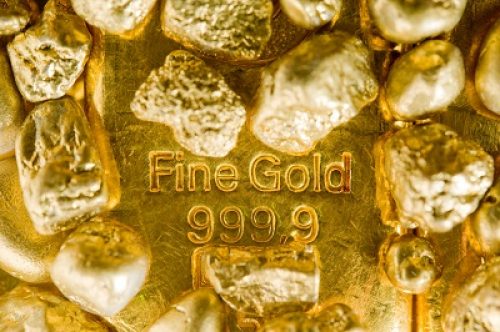 It’s easy to assume Americans have always had the right to own gold coins and bars. Many blogs — including our own — take for granted that there was a time bullion couldn’t be bought or sold in this country.

Although the United States used gold currency since its founding, actions taken by the federal government in the early 1930s essentially outlawed private ownership of gold on American soil.

April 1933: FDR and the Gold Confiscation

The Great Depression — which began with the crash of 1929 — was plaguing the United States.

Circumstances were dire. Unemployment was rampant, and many people were forced to live in tents or shantytowns. Although measures were taken by the outgoing Hoover Administration to ease the nation’s suffering, none seemed to help.

One of these was to outlaw the “hoarding of gold coins, gold bullion and gold certificates within the U.S.” Roosevelt and his advisers believed hoarding was one reason the economy was in shambles.

On April 5, 1933, FDR issued Executive Order 6102, which officially set the confiscation of gold in motion.

The decree required anyone holding gold coins and bullion to deliver their metals to a Federal Reserve branch bank in exchange for $20.67 per ounce, which equals roughly $372 today.

(Read Beware of Gold Confiscation Myth to learn more about the 1933 seizure.)

FDR’s far-reaching, unprecedented, and radical executive order was formally ratified by Congress in the Gold Reserve Act of 1934. Upon taking effect, the gold price was reset to $35/ounce — which essentially meant the dollars gold holders received for their metal were devalued by nearly half.

Not only did the 1934 act reset the gold price, it also laid out strict criminal penalties for anyone caught holding gold.

Those who could afford it moved their bullion offshore, mostly to Switzerland. Citizens who chose not to turn in their gold were taking a major gamble — they were subject to up to $10k in fines or 10 years in prison. Maybe both.

Case in point: Frederick Barber Campbell had more than 5000 troy ounces of gold sitting in a safety deposit at Chase National Bank. The bank told Mr. Campbell he couldn’t get his box, so he sued the bank. Ultimately, he was not prosecuted, though Campbell was forced to turn his gold over to the federal government.

Not long after President Richard Nixon closed the gold window and made the U.S. Dollar “fiat” currency, a movement was organized to rescind the Gold Reserve Act of 1934, legalizing gold for private ownership.

The actual bill — which doesn’t have a title — was part of another bill relating to international development. Go figure.

Public Law 93-373 was signed by President Gerald Ford in August 1974 and became effective on December 31 of that year.

After gold became legal in the United States, literally millions of coins sent out of the country in the 1930s came flooding back in.

In the following decade, the U.S. Mint began producing many of the coins we see today.

Is Another Seizure and Ban Possible?

One reason is because the U.S. dollar isn’t backed by anything. The differences between 1933 and today are pretty stark (as outlined in last year’s blog post, Why a Future Callback is Unlikely).

However, this doesn’t stop unscrupulous dealers from claiming otherwise — and suckering unsuspecting investors into purchasing collectors’ coins, since they were not covered under the 1933 confiscation.

What Do You Think?

Could another gold seizure and ban happen in the United States?

Tell us your thoughts in the comments section below. Or drop us a line on Facebook or Twitter today.