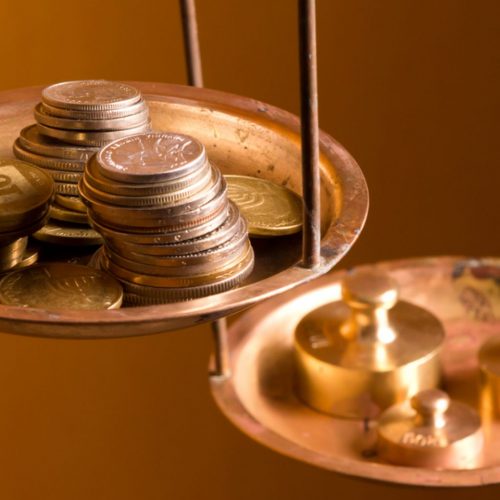 When shopping for gold, silver, platinum, and palladium, have you noticed that these precious metals are measured in troy ounces? A troy ounce is, in fact, a different unit of measurement than a standard ounce (also called a avoirdupois ounce). One troy ounce equals 1.09714286 ounces or 31.1034768 grams. So why do we use troy ounces to measure the weights of certain metals?

History of the Troy Ounce

The troy ounce is believed to have originated in a French town called Troyes in the Middle Ages. Traveling merchants from around the globe would buy and sell goods in France’s trade markets, necessitating a standardized weight system that would made it easier to do business among people from various countries.

King Henry II of England adopted the troy weight system, which was widely used in Britain’s coinage system in the 1400s. In the early 1500s, the troy ounce was accepted as the official standard of measure for gold and silver in Britain, with the US adopting this measurement method as well in 1828.

Just like merchants in France, today’s international economy benefits from a standardized unit of measure to weigh precious metals. After all, someone in Europe buying an American Silver Eagle should understand exactly what it is that they’re buying. The troy ounce is the only unit of measure from the troy weight system that we still use, and it remains the standard at most sovereign and private mints. This is because the troy ounce helps ensure purity and weight standards are consistently met.

Many Americans are familiar with the avoirdupois ounce, which is used to weigh many items including those you find at the grocery store. Understanding that a troy ounce is not the same as an ounce—in fact, a troy ounce is about 10 percent heavier than an ounce—helps you buy your metals from reputable dealers. It’s not uncommon for shady dealers to try to swindle customers by selling an ounce of a metal at the current troy ounce price, which cheats customers out of money.

A 10 percent difference in weight might not seem like much in small quantities, but it becomes far more noticeable when buying in bulk. A good way to choose where you buy your metals is to ensure the description lists the item’s weight in troy ounces, as opposed to just ounces. However, it’s worth noting that the standard for copper is to be weighed in avoirdupois ounces because it’s a base metal with many commercial uses.

And now you know a little bit more about where the troy ounce originated!