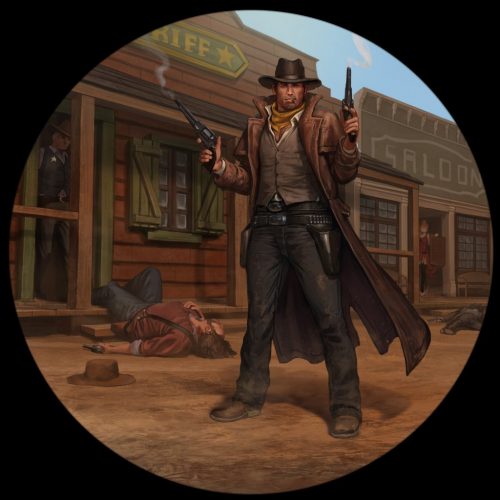 The original Provident-exclusive Prospector design proved to be our top-selling silver round ever. Recently, we redesigned the Prospector round with two new pieces of artwork, and partnered with Florida’s Highland Mint to bring these high-quality bullion rounds to you. The fresh redesign kicked off our launch of the Prospector series!

Today, the second round in the series—the Gunslinger—has been released. The obverse features a Wild West gunslinger brandishing two pistols with his latest victim at his feet. The scene takes place in front of the town’s sheriff office, showing just how differently things were handled back in that time period.

The shared series reverse (first seen on the Prospector round) features a bustling Wild West town street, lined with local businesses like a hotel and saloon. Horses are hitched out front along the dirt road. 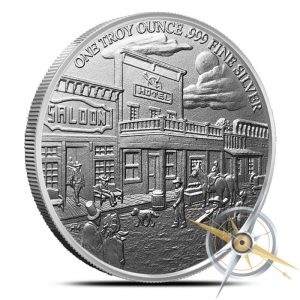 While the Prospector round will be sold in perpetuity, the Gunslinger and future releases in this series will be available for a limited time before being discontinued. That means your series collection will have a rare quality, adding to its value over time. In fact, some of our previously-released silver rounds now go for double (or even triple!) their original price on the secondary market. So you have two ways to win—you can get privately-minted silver rounds for a low premium, and they might also appreciate in collectors value.

We plan to release four new designs in this series each year, giving you time to build up your Prospector collection on any budget. And for serious collectors, we will release a 4-slot series box later this year, featuring full-color artwork from the series.

Do you already own and love Prospector rounds? Add to the value of your collection with the Gunslinger today, and sign up for our newsletter to find out when the next release drops!