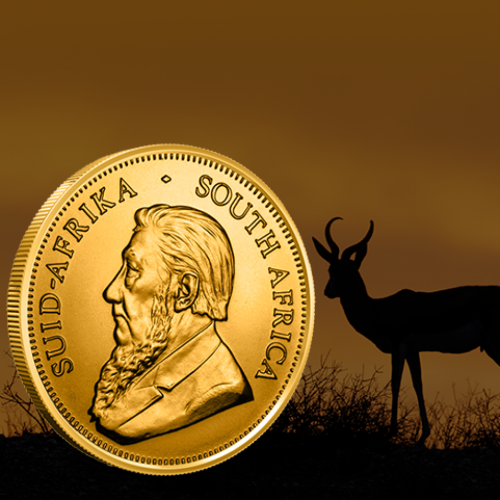 The South African Krugerrand is the first and most well-known gold bullion coin in existence.

The Krugerrand is made of 92 percent gold. If that’s not enough to make you want one, here are some other reasons to add a South African Krugerrand to your coin collection:

This may sound like a bad thing, but it’s actually a huge plus. When a coin comes along that doesn’t have a face value but is made almost entirely out of gold, its value doesn’t plummet when the market or economy does. Gold is one of the only types of currency in which the value is determined solely on its purity and weight.

2. It has a good reputation.

The Krugerrand has been around since 1967. The timing is unique because most countries moved on from gold to other currencies by the 60s, but South Africa still found gold to be very helpful for their struggling economy. Because of the fact that it was one of the only gold coins still heavily circulating, it became extremely popular across the world. In fact, it’s now considered the most popular gold coin to date and a standard piece in any investment collection.

3. There’s more than one option.

If you’re not ready or able to invest in the standard one-ounce coin, there are three other types of Krugerrands: half-ounce, quarter-ounce, and tenth-ounce coins called fractional Krugerrands. There’s also the option of the first ever 2018 silver Krugerrand.

Continue reading to learn more about the South African Krugerrand and its history.

Is the Krugerrand coin on your investment wish list? Let us know in the comments.