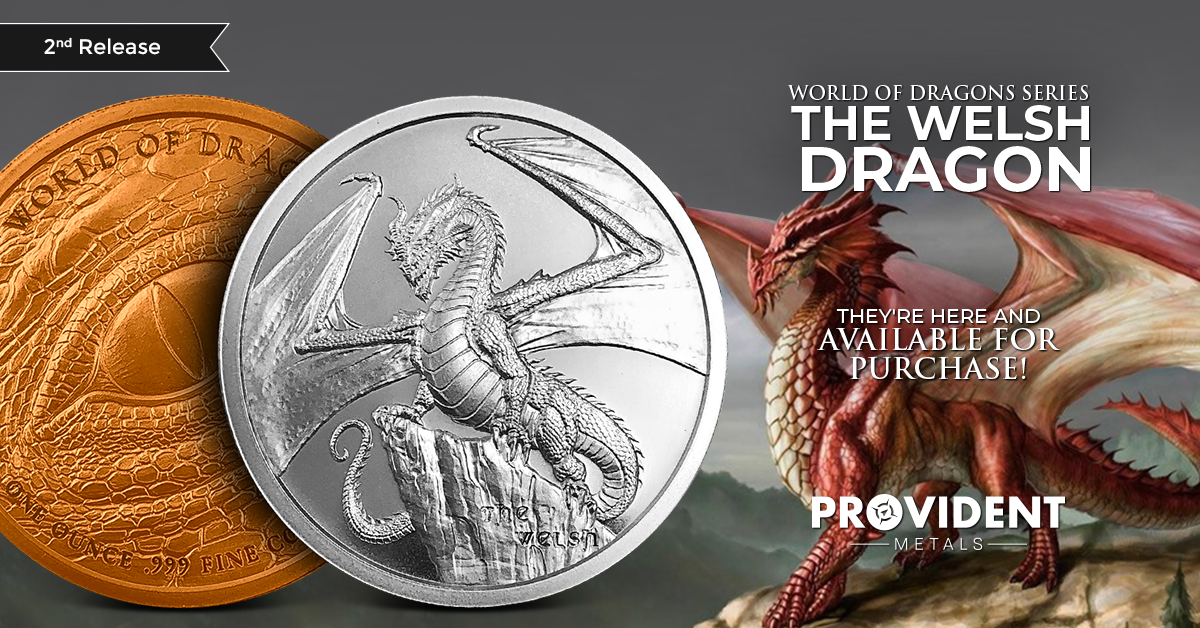 Dragons have been one of the world’s most popular mythological creatures through the ages. Almost every culture on earth has its own ancient dragon myth. And we are proud to bring them to life in our EXCLUSIVE World of Dragons series of 1 oz silver and copper rounds!

The second release in this exciting 6-design series celebrates the Welsh dragon, one of the most powerful creatures in Welsh folklore. Y Ddraig Goch, or the “red dragon”, appeared on British soldiers’ war flags as early as 300 AD. At Queen Elizabeth’s coronation, it stood guard as one of the Queen’s Beasts to signify Her Majesty’s direct descent from the Welsh House of Tudor. And it remains a symbol of the Welsh people’s fierce spirit on the national flag to this day.

Stories of Y Ddraig Goch are abundant in Celtic lore. In one ancient tale, a red dragon and a white dragon battle fiercely for years, with neither defeating the other. Seeking a way to put an end to the battle, the British King dug a large pit and filled it with mead to lure the dragons. The dragons drank the mead and fell asleep. The king buried the pair under a hill while they slumbered, where they eventually woke and continued their fight underground for centuries. 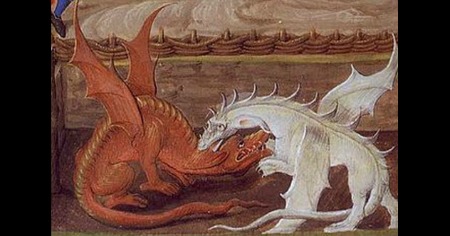 The story continues into Arthurian legends of the middle ages, when the Celtic king Vortigern tried to build a castle on the ancient hill. Every night, the castle walls were destroyed by unseen forces. Vortigern consulted his wise men about the supernatural phenomena, who informed the king that the only way to make the destruction stop was to sacrifice an orphan boy. Soon, a boy (said to be Merlin) was located and brought before Vortigern and his wise men. 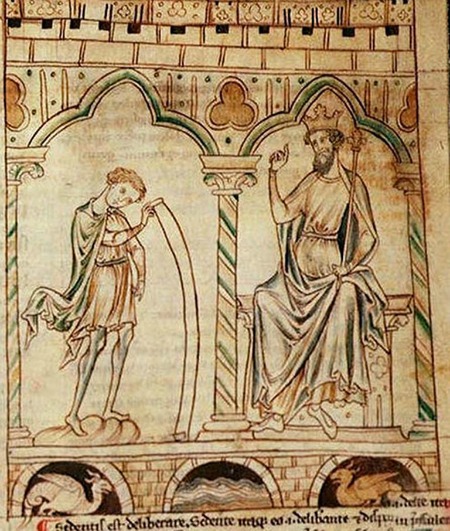 The boy warned the men that two fighting dragons beneath the hill were causing the nightly carnage. The men, curious, began to dig – and sure enough, they freed the ferocious creatures, who resumed their fight. After a long and intense battle, the red dragon finally triumphed. Y Ddraig Goch has been celebrated as a symbol of the Welsh people’s relentless spirit ever since. 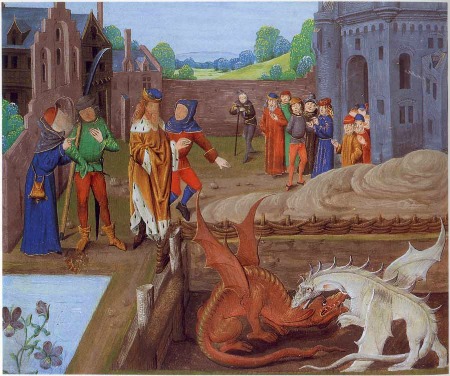 A fantastical fairytale, right? Well, maybe not. A 1945 excavation of the legendary site revealed evidence of a pit (now a lake) and remains of a fortress dating back to Vortigern’s time. Evidence of the dragons’ ancient lair? We may never know, because as legend has taught us, it’s probably best to let sleeping dragons lie… 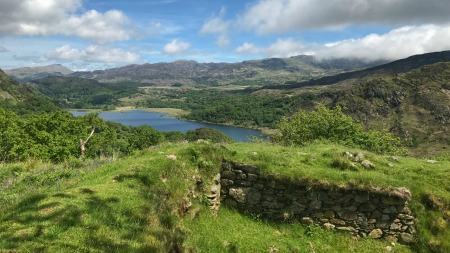 The limited edition Welsh Dragon design is the second in a series of 1 oz silver and copper rounds celebrating the dragons of the world. The obverse of the Welsh Dragon round features the fearsome red dragon in triumphant mid-roar after vanquishing the white dragon of legend. The reverse depicts the powerful reptilian eye of the dragon. Its piercing gaze is surrounded by the inscriptions “World of Dragons” along with the metal content, weight, and purity. 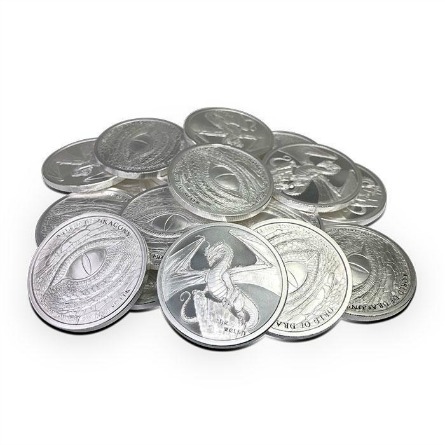 The Welsh will be minted until May 2019. Get yours while you can, because when they’re gone, they’re gone! World of Dragons rounds are released every three months in limited mintages. Each design will only be minted for approximately three months. The third release in the series will be available on May 1, 2019.

Click the “notify me” button under each design to receive an email for all future releases, so you can be among the first to own each Dragons of the World design!

Previous: The story of the Aztec Dragon: The 1st release in the World of Dragons series

Next: The Story of The Chinese dragon: The 3rd release in the World of Dragons Series