Whether you choose to invest in cryptocurrencies or not, it’s hard to ignore the fact that they’ve grown increasingly more popular (and lucrative in some cases). But many people still don’t know much about this new digital investment option. In this article, we’ll explore the top five performing cryptocurrencies to help you stay informed about all of your financial options. 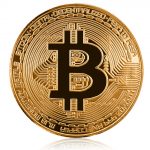 Created in 2009 by an unknown person using the alias Satoshi Nakamoto (which may also be an alias for a team of people), Bitcoin became the first well-known cryptocurrency. Since Bitcoin can be used to make anonymous purchases, it initially became popular among criminals and those who bought illicit items. However, it has since become a legitimate method of investing and purchasing goods.

All Bitcoin transactions are made without a middleman like a bank. Many Bitcoin users enjoy the lack of government regulation, which makes it easy to make international payments. Additionally, there are no credit card fees associated with Bitcoin transactions, which is helpful for many small businesses.

Originally, a person acquired Bitcoin by “mining,” which meant solving complex math algorithms on a computer. Nowadays, people can purchase Bitcoin through a marketplace known as an exchange, such as Coinbase, Bitstamp, or Bitfinex. Your Bitcoins are stored in a digital wallet that acts like a virtual bank account. However, like most digital things, a digital wallet can be subject to viruses, hacking, and other risks.

2017 was a big year for Bitcoin, seeing individual units soaring into the thousands. Currently, Bitcoin is selling at $11,763. 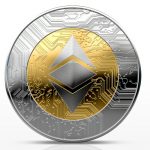 Much like Bitcoin, the Ethereum network and Ether tokens are not regulated by a bank or government. Rather, Ethereum is an open network managed by its users. Ether has become the digital currency used for operating smart contracts on the network. The Ethereum network is still an experimental technology, allowing programs to run on a virtual machine rather than relying on a third party server.

While Bitcoin is focused on creating a worldwide financial network to compete with other online banking and payment methods, Ethereum allows users to join a worldwide computational network by means of smart contracts. Smart contracts are scripts of code deployed in the Ethereum blockchain. The goal is to use a blockchain in order to compete with internet third parties that store data. The primary focus of Ethereum is to operate smart contracts rather than act as a form of currency. However, like Bitcoin, Ethereum users can send and receive tokens over an open network.

The value of Ether tokens is not tied to standard currencies; rather, value is determined by market demand. Ethereum’s price changes in real time according to the number of people who wish to buy or sell tokens at the time. In this way, Ethereum more closely resembles the value of stocks or property. Yet, Ethereum can be traded for dollars and other currencies every day. 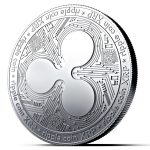 Though Ripple wasn’t released until 2012, it was actually created before Bitcoin in 2004. Ripple has since been adopted by several banks and financial institutions due to the system’s security and low prices. With the Ripple network, users can send, receive, and hold any type of currency in a decentralized way. It was designed to be a worldwide settlement network, allowing users to transfer money in any currency to any currency in just seconds. The goal is to replace older systems like Western Union or SWIFT.

The Ripple network has come to be known for fast money transfers, taking only up to four seconds to complete. The network and its associated currency, called XRP, have been growing steadily. In fact, banks have embraced Ripple as a means to save money since the platform allows them to avoid exchange fees.

The 100 billion XRP that can possibly be used on the platform already exist. A chunk of that sum has been held back, being incrementally released each month to avoid a market flood. This eliminates the need for mining. Some investors have turned to Ripple in hopes of seeing returns on XRP as the currency gains wider use. Others are concerned about banks’ involvement in Ripple, since one of the positive aspects of cryptocurrencies is anonymity.

Ripple is currently selling at $1.65. 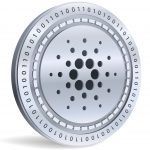 Similar to Ethereum, Cardano is one of the newer cryptocurrencies to reach the market. This smart contract platform focuses on layered security and aims to provide a middle ground that balances regulation with the privacy and decentralization for which blockchain technology has come to be respected. Unlike some cryptocurrency platforms, the goal of Cardano is not to overhaul the entire financial system; rather, Cardano is attempting to allow banking systems the use of blockchain technology in areas where it was previously too expensive to implement, like the developing world.

The two layers of Cardano separate the ledger of accounts values from the reason why values are moved between accounts. This enables the platform’s smart contracts to be more flexible. Additionally, the platform uniquely uses Haskell, a programming language that allows for a certain margin of error. This high degree of fault tolerance is important in complex blockchain-based systems.

The Cardano platform recently began trading ADA tokens on the open market. They can be purchased on major exchange platforms like Bittrex or Binance. Because of how new ADA tokens are to the market, it’s hard to predict which factors effectively move prices. However, recent price spikes seemed to have been caused by the increasing number of exchanges that list ADA tokens. 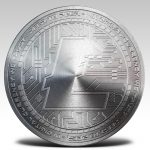 Litecoin was developed as the little brother of Bitcoin—the silver to Bitcoin’s gold, if you will. Since 2011, Litecoin has gained notoriety as a peer-to-peer cryptocurrency. It’s primary function is to transfer funds directly between users without the need for an intermediary like a bank.

Litecoin transactions are about four times faster than Bitcoin’s, which means that the Litecoin platform can process a much higher volume of transactions over the same time frame as Bitcoin. Additionally, Litecoin has quadruple the maximum number of coins that can be mined; Bitcoin has 21 million, while Litecoin has 84 million.

Apart from mining Litecoin, you can also purchase units with dollars or other types of cryptocurrencies via an exchange like Coinbase. Your Litecoin units are stored in a digital wallet, similar to that of other cryptocurrencies.

The Provident staff always strives to provide you with the information necessary to make smart choices about investing and finance. We also aim to offer you a variety of options so you can proceed with your investment plan in a way that works best for you. It’s why we accept Bitcoin as a form of payment.

With the recent Bitcoin surge, there’s been a trend of people using their Bitcoin to purchase physical metals like gold and silver, prompting us to accept Bitcoin on any order. As the market for cryptocurrencies grows, we will continue to pursue the best route for offering you a variety of payment options.

Cryptocurrency fan or not, we wish you well with your investment goals!