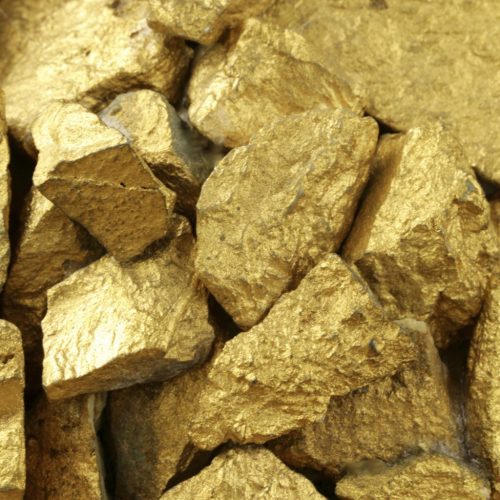 Here at Provident Metals, we specialize in buying and selling the best quality precious metals bullion around. But who’s to say when a metal is considered ‘precious’? It certainly isn’t us, nor is it a Gollum-esque character in a cave whispering “my precious” to a piece of jewelry.

In fact, the specifications for an element to be categorized in this exclusive group are quite strict (which perhaps explains why the club has so few members).

For a metal to achieve ‘precious’ status, it must pass these three basic requirements:

A precious metal is a naturally-occurring element of high value so seldom found in the Earth’s crust that it is considered exceptionally rare. It is commonly said that the total amount of pure gold ever mined could fit into two Olympic-sized swimming pools. Platinum and palladium are even more scarce.

Copper is often mistaken as a precious metal because of its use in jewelry and currency, but the red metal is far too common to be considered precious.

Extracting aluminum from the ground used to be a grueling process and refining the metal was next to impossible. These factors made aluminum more expensive than gold at times—despite being the most abundant metal in the Earth’s crust. But as more advanced mining processes made aluminum extraction easier, the metal’s price plummeted and ultimately became categorized as a common metal.

Another necessary attribute for a precious metal is that it must be valuable. Gold, in particular, has been used as currency in almost every major civilization in history, and nowadays gold bullion is valued as a hedge for investors against inflation in times of economic instability.

Silver, platinum, palladium and the other lesser-known precious metals are desired for both their industrial and investment value. Silver, for instance, is used in electronics and solar energy (see our related blog post), while a majority of platinum and palladium is channeled into the auto industry to make catalytic converters in cars.

Chemically, precious metals tend to be more resistant to corrosion than other elements and less reactive. Precious metals are naturally-occurring compounds, and can be found on the periodic table of elements.

The elemental symbol for gold is Au, and silver—which boasts the highest electrical conductivity of any metal—is Ag. Platinum’s chemical symbol is Pt, and palladium’s is Pd. Both platinum and palladium are part of a larger subgroup of precious metals known as the Platinum Group Metals (PGMs).

And there you have it – as long as a metal is rare, economically valuable and naturally-occurring, it can be considered part of the precious metals family. Tough standards, to be sure. But there’s a reason they’re called precious metals.

Pick your favorite. What precious metal do you prefer and why?