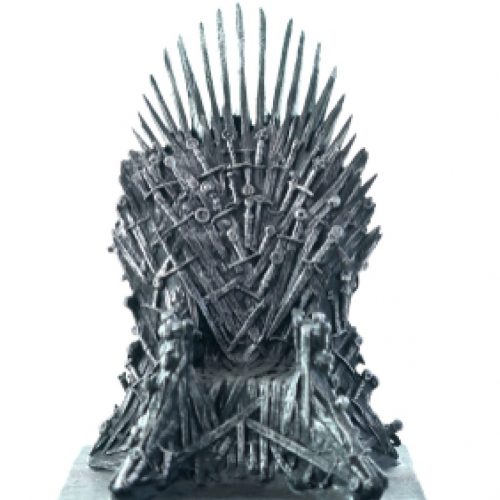 Based off George R.R. Martin’s series of epic fantasy novels, A Song of Ice and Fire, HBO’s Game of Thrones has amassed an avid international fanbase. The series’ intricately interwoven narratives and unique characters have provided viewers with a great deal of content to watch, critique and theorize on. Beyond its critical acclaim, the HBO series has had a significant cultural impact, drawing large masses of people to the fantasy genre.

Game of Thrones has provided a large swath of characters for fans to enjoy, including: Tyrion Lannister, Daenerys Targaryen, Jon Snow and many more. But the humans aren’t the only characters to consider out of the series.

In light of the exclusive Provident Metals release of our World of Dragons Series coin collection and the new season of Game of Thrones, let’s take a look at which dragon you most relate to from the Game of Thrones series. Even if you haven’t watched the series, you can probably still relate to one or more of Daenerys’s beasts. Which one are you?

Named after Khal Drogo, Daenerys’s late husband, this dragon—the largest of the three, particularly due to his ability to fly freely while the others were chained up for over a year—is the primary dragon of the series. His long, large body is both impressive and intimidating, with scales that are almost entirely black, intermixed with thin scales of red, and whose orange-red eyes penetrate those to whom they look at.

Among the three of them, Drogon is both the least shy and easy to temper, especially when interacting with other humans. He is overprotective of his mother, getting in between her and whoever threatens her, even if to the detriment of his own health.

Yet, even Daenerys and the other dragons are not safe from his aggressive outbursts. He is known to snarl at others when he feels that he is being mistreated.

Those who relate to Drogon may find themselves often wishing to be the leader of the pack, yet still dearly watching over those who are a part of their group and those who have raised them. They are considerate and compassionate, but also easily irritated when either they or those they are close to are mistreated.

Named after Daenerys’s eldest brother (spoiler alert: Jon’s father) Rhaegar Targaryen, this dragon is noticeable from the others due to his green/bronze scales and fire-colored wings.

Freed by his mother after being stolen by Xaro Xaro Daxos, Rhaegal is seen to be growing alongside his siblings, fighting as displays of power and partaking in magnificent flight, showing off its will of both power and freedom—a newfound inability to be chained. Later seasons see Rhaegal gaining strength and admiration for Daenerys, coming to her aid and joining in on violence whenever deemed necessary.

This dragon is a hidden champion, someone who is able to come out on top whenever needed, able to rise from the ashes and prove their strength. Don’t underestimate his quiet and seemingly meek demeanor – for this dragon is known for its ability to shapeshift into the role required of him when tensions rise.

Similar in appearance to Rhaegal, Viserion is named after Daenerys’s older brother Viserys; however, the arc of Viserion plays out similar to that of Viserys.

Hungry for power, Viserys sells Daenerys in marriage to Khal Drogo in hopes to garner power to take the Iron Throne. Yet when his power earned is less than expected, he threatens both the marriage and Drogo, saying he’ll kill his pregnant sister if his plans take any longer. Following this threat, Viserys meets his fate when Drogo finally provides him with his gold crown.

Viserion follows a similar fate, as it is expected that he is going to turn on both Daenerys and Drogon towards the end of season 7, but this is not allowed to take place. He is slain by the Night King, eventually being reanimated by the Night King’s magic, his golden scales becoming a deep blue and his fiery eyes turning a cold blue.

He is another hidden champion, a dragon able to reach his full potential when put to the test, but is also someone who seeks retribution.

Which dragon do you think best exemplifies you? Feel free to let us know with a comment! While eagerly awaiting season 8 of Game of Thrones, be sure to take a look at our World of Dragons coin series.