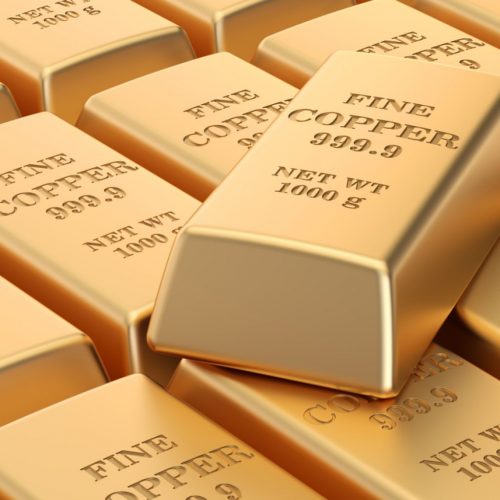 Precious metals investors are familiar with gold and silver, but copper often takes a backseat to these more widely known metals. Even so, copper is one of the most versatile metals and is used in virtually every major industry around the globe. Let’s explore copper’s utility and what makes it a good investment option.

As one of the first metals to be discovered and widely used, copper became a staple for currency and coinage during the Bronze Age. Copper, known as the red metal, became a symbol of power around 3000 BC. Its value is directly attributed to its many useful properties, such as being very malleable, corrosion resistant, strong, and an efficient conductor of electricity (which was discovered later on). Its many practical applications are what make copper one of the most useful metals on our planet.

Copper remains one of the most commercially useful metals and is heavily used in the manufacturing, electrical, construction, technological, plumbing, and auto industries. Copper is also used in the housing industry for things like electric wiring, air conditioning and heating units, pipes, roofing, and even appliances.

Copper alloys have also proven to be very useful in a variety of applications. For instance, mixing copper with zinc gives you brass, and copper mixed with tin makes bronze. These alloys have helped create our modern society, from simple tools all the way up to large structures. Some of copper’s alloys have even helped revolutionize the energy and health industries.

Its many industrial and commercial uses make copper an important driving force behind global economies. Consider the housing market as an example. Since much of the housing industry relies on copper as a construction material, the price of copper may fluctuate according to the health of the housing market. Copper, like most other industrial materials, is at the mercy of supply and demands principles. However, the demand for copper remains relatively constant due to the sheer quantity of its commercial uses.

Investors are often told that it’s a good idea to diversify one’s portfolio, which can help minimize the blow if one investment source suffers a major loss. The phrase “don’t put all of your eggs in one basket” applies here. Rather, investing into multiple sources is generally a good idea.

In terms of precious metals, many people stick with just gold and silver. But adding copper (and other metals) into the mix can be a great way to diversify your portfolio with a metal that has a long history of practical uses. Copper’s ongoing demand, coupled with its limited supply, increases its odds for sustained growth and makes it an investment worth considering. In fact, copper consumption has surpassed copper production in recent years, chipping away at previous stockpiles and increasing prices of the red metal.

Since copper remains more abundant than gold and silver, it is considerably cheaper. To be exact, copper is 7000 times cheaper than gold and 91 times cheaper than silver. Copper’s lower price point make it an ideal option for precious metals investors on any type of budget. For new investors, copper provides a low-risk option that is likely to yield value as its applications continue to expand. 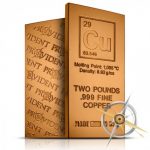 Whether a new or seasoned investor, we invite you to browse our selection of copper bullion. Products like the Aztec Dragon Copper Round or the Incuse Indian Copper Round not only offer a simple way to incrementally buy and store copper, but make for beautiful collectibles, too.

Of the precious metals available as bullion, which is your preferred choice of investment?