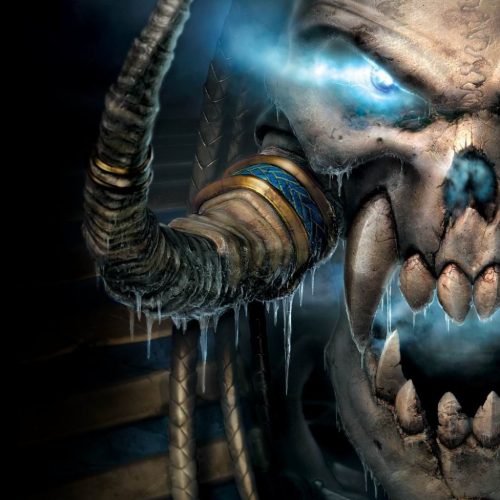 For the past 12 years, World of Warcraft by Blizzard Entertainment has taken the PC gaming world by storm. One of the most complex and interesting aspects of WoW is the in-game economy, which works in surprisingly similar ways to a real life economy. Players must earn gold (the game’s primary source of currency) in order to buy the wares they need to succeed on quests and in battles.

Much like a sovereign mint controls how much money is available for circulation, the gold available on game servers is regulated according to supply and demand by Blizzard. As far as gameplay goes, gold is essentially created by an invisible source. Players cannot create gold and are not involved in the manufacture of gold coins. However, players can earn gold as a quest reward, by mining for ore, or for selling materials and wares.

Each playable character has a profession in WoW. Professions that involve metals include mining, blacksmithing, and engineering. Players can reap high profits from mining as a primary profession. Various metal ores, minerals, and stones can be sold—either in raw form or after smelting (one unit of gold ore yields one gold bar)—to other players with differing professions for use in their own craft. Many blacksmiths and engineers maintain mining as a secondary profession so they can obtain and smelt materials they need to craft wares, rather than buying directly from miners.

Characters in these professions will need to go on gathering runs, during which they can mine various metals straight from the ground with a pick. In-game mineable metals include copper, tin, silver, iron, gold, cobalt, and titanium, along with a host of mythical metals like mithril, thorium, adamantite, nethercite, saronite, elementium, kyparite, and more.

Mining these metals takes time and investment. Your character may need to be at a certain skill level or may require new equipment in order to successfully mine for a material. Once metals and other materials are acquired, you can craft various items—like weapons, armor, stirrups (to prevent dismounting), and skeleton keys (to unlock chests)—for your guildmates and to put up for sale in the auction house. While mining for mythical metals can enhance your in-game skills, items made from them typically don’t possess special properties. Using mythical metals is simply a selling point you can use when putting an item in the auction house, which helps drive the economy.

Once you’re ready to sell an item, the auction house is where most players go. There, you can see other similar items and their listed prices. This helps you set a price for your own wares. Essentially, you can charge whatever another player is willing to pay. The in-game economy is susceptible to supply and demand, much like in real life. Because of this, you may see inflation in the price of certain goods that are rare or in high demand.

Plenty of players seek armor, weapons, and other gear to help them perform better in dungeons and battles. But success may come at a higher price, as you may also need enchantments and buff potions to enhance your strength and other stats. Nearly every boss battle and dungeon raid requires every participating player to be equipped with a potion and flask, which can be bought from an alchemist. Whereas blacksmiths and engineers work predominately with metals, alchemists work with botanicals and herbs. Because of how important potions are to every player, flowers drive the in-game economy more than metals.

But the monetary system of the game is still made of metal. This currency is measured in copper, silver, and gold coins. Silver and copper, though present, are scarcely used and can only fund low-cost items such as ink. Gold coins reign as the top form of currency within the game. On top of buying goods like potions and weapons, the gold you amass as you play can also pay for services like armor repair.

Players also have the option to use real money to purchase in-game tokens for about $20 each. These tokens allow you to redesign your character, transfer to a different realm, or switch to a new faction (factions include the Horde and the Alliance). You can also turn in your token for a free month of gameplay or sell your token in the auction house. Flipping perspectives, successful players who have earned a large sum of gold can buy these tokens in the auction house and use them to earn free gameplay for as many months as they can keep it up.

Part of the reason this game has been so popular for over a decade is because of the intricacies of the fantasy world of Azeroth, which is where much of World of Warcraft is set. The complex economic and monetary systems in place continually provide players with challenges and opportunities to earn new skills. 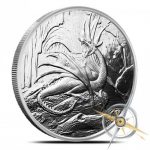 Are you interested in fantasy? You might enjoy Provident’s Nordic Creatures series of silver rounds, based on the best known creatures of ancient Nordic mythology. The series began with Nidhoggr the dragon, seen to the left, and continues with the Frost Giant, Odin’s steed named Sleipnir, Garm the hellhound, and the Great Eagle.

If you’re a gamer, whether you favor World of Warcraft or another game, let us know what you play! Bonus points for an explanation of how metals are used within the fictional world of the game.