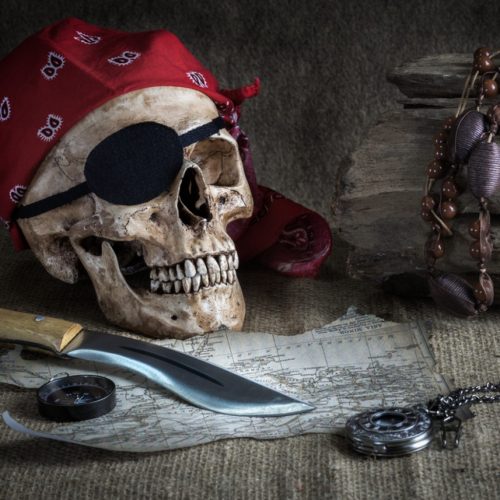 Fans of the Pirates of the Caribbean franchise are getting excited for the fifth movie, entitled Dead Men Tell No Tales. Since the movie has a release date of May 26, we’ve decided to do a pirate-themed giveaway for the month of May!

Many of you are familiar with the eccentric antics of Captain Jack Sparrow, played by Johnny Depp. In Dead Men Tell No Tales, Sparrow returns to face an old nemesis named Captain Armando Salazar. He controls a crew of ghost pirates who have escaped from the Devil’s Triangle, with a mission of killing every pirate at sea…including Jack. Sparrow’s only means of survival is to find the legendary Trident of Poseidon, which gives its owner control over the seas.

Captain Jack Sparrow is no novice when it comes to tracking down the seemingly impossible. Through the first four movies, we’ve watched him hunt for his ship (called The Black Pearl), the Dead Man’s Chest, an ancient goddess with the power to defeat Davy Jones, and the Fountain of Youth. Not to mention, good ‘ole Jack is always searching for more rum!

Director Joachim Ronning has said that Dead Men Tell No Tales is only the beginning of the final adventure in the series, so we may still get one or two more movies before the Pirates of the Caribbean is complete. 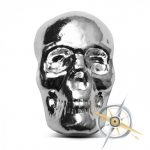 As we patiently (or impatiently) await the debut date, let’s give away a piece of silver! Entering Provident’s May giveaway is easy. All you need to do is leave a comment below and tell us your favorite moment of the Pirates of the Caribbean movies, or another pirate story if you’d prefer. One winner will be randomly selected on May 19, 2017 to receive a Yeager 1 oz Poured Silver Skull. Leave your comments by May 18, 2017 at 11:59 PM to be entered to win.

May the winds of fortune blow in your favor!